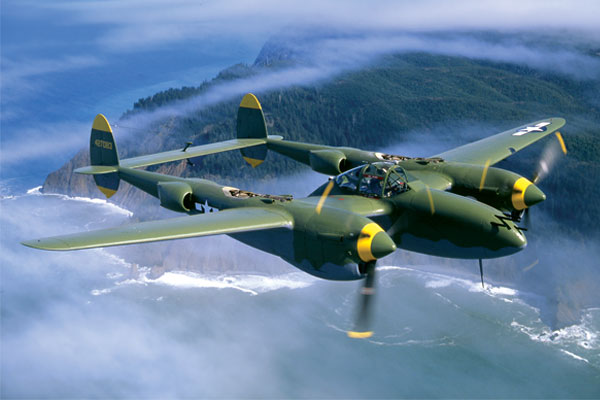 Is there a more identifiable outline in all of fighterdom, WW I to today, than the Lockheed P-38 Lightning? We don’t think so. No other airframe has emblazoned such a clear image in history’s hall of fame. So, what can be said about it that hasn’t already been said? The answer is “nothing.” The facts and figures have been hashed and rehashed, the historical deeds of valor repeated, but that doesn’t stop us from staring at photos. It has been said that the gods forgive us the time spent looking at airplane photos. In other words, studying aircraft photos is good for your health, your mental health, if nothing else. 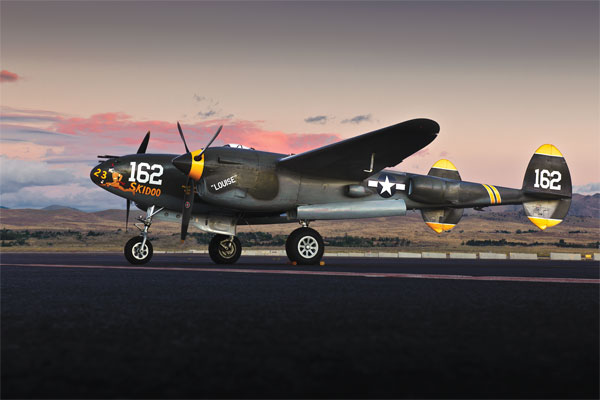 Above: Piloted by Cpt. Perry J. Dahl, Pacific Theater, this nine-victory ace flew #162 with a distinctive nose art, an American Indian brave waving a tomahawk with the words 23 Skidoo. From a song in the 1920s, “23 Skidoo” was another way of saying, “gettin’ out while the gettin’s good.” (Photo by Moose Peterson). Below: The canopy Plexiglas comes  all the way to the wing affording the pilot with excellent visibility because he is sitting almost level with the wing.  (Photo by Moose Peterson). 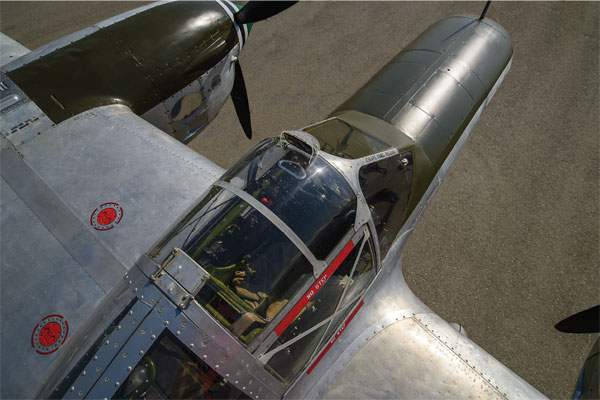 It’s fun to stare at photos like these and try to pick out the differences between the major models. Are those the early, slanted nacelle intakes or the late, more vertical ones. And what about the radiator scoops back on the booms? Did those change shape? And why is it that F-5s seem to have different camera ports on different noses? Even if we don’t have the answers, we can let our eyes roam over the airframe, e.g. the booms and try to imagine the immense numbers of systems crammed inside of them. 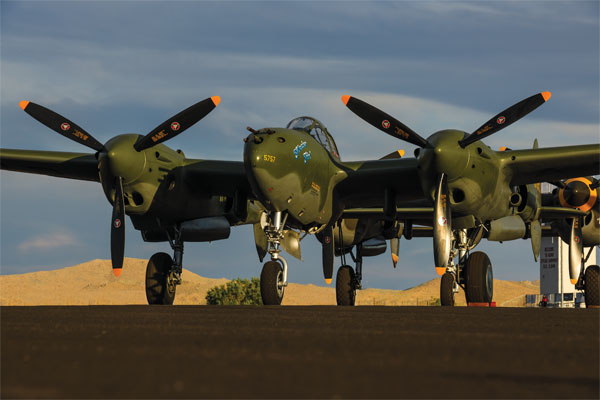 Above: It took Herculean efforts to retrieve the P-38 appropriately dubbed Glacier Girl from an icy tomb 260 feet deep. It is a feat that’s unlikely to be repeated. (Photo by Moose Peterson). Below: The four Browning fifties with the twenty millimeter nestled in between comprised a deadly fire hose of high-speed lead. (Photo by Frank Mormillo). 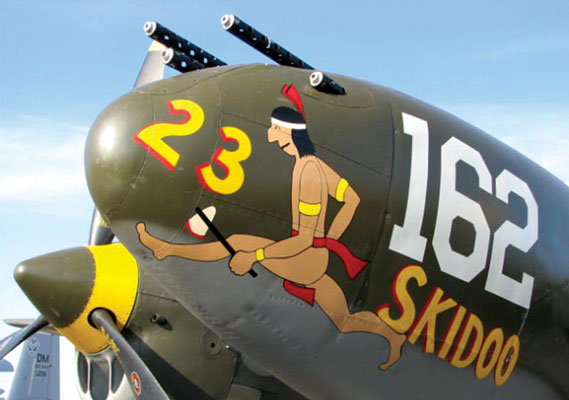 In essence, each boom was a separate airplane and included just about all the systems normally found in a single-engine fighter except for the second landing gear and the cockpit, but in a much smaller cross-section. Besides the engines, there are coolant radiators up front with the associated plumbing and intercoolers for the turbo chargers (in the wings in early models). Located midway down the top of the wing, the turbo chargers themselves have duplicate ducting of all sorts. The exhaust from all 12 cylinders is collected through complex headers and routed back up to the turbo charger where the exhaust exits through the turbo, spinning it at high speeds. The turbo sucks in air that is compressed and routed forward to the engine’s air induction system via huge ducts. The boom is a crowded sewer system of ducting and tubing and all of that has to fit around the wheel well. No space is wasted.

After being amazed by what we see in our mind’s eye inside the booms, we have to try to image the way in which the four Browning fifties crowd around the single 20mm in the middle. Then try to think about how much engineering and design went into positioning the guns and designing the ammo chutes and the way the ammo would get into the guns and the empty casings and belt links would get out. The complexities hidden within the sensually shaped outer skin make us wish we could see through it and study the workings within.

So, for your mental health, spend a few minutes perusing these pages. The shapes may be sensual but they are all “G” rated.