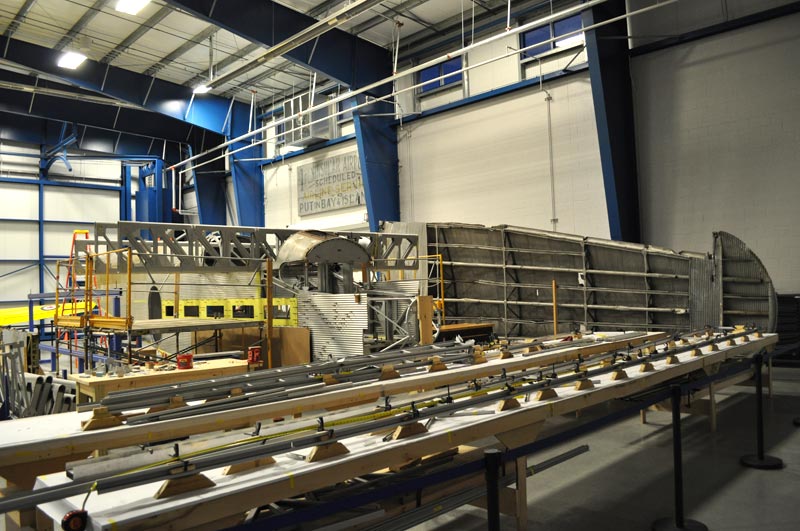 Liberty Aviation Museum, located in picturesque Port Clinton, Ohio, is actually two museums in one. As you walk into the gallery, you are struck by telling two stories.

As you enter the main gallery, traditional World War II items are on display. Anything from flight suits to instrument panels and even a piece of the Boeing B-17 Flying Fortress nicknamed the “Memphis Belle.”

In one section there are artifacts from a local man from Sandusky who was an All American who lettered in four Sports at Ohio State. He was second in command on PT109 (Patrol Torpedo Boat). The PT boat was cut in half by a Japanese destroyer. The skipper of PT 109 was our future President John F. Kennedy. As you step out of the Gallery and into the hangar, you enter the second part of the museum, the Tri-Motor Heritage Museum. The first thing you see is a restoration of a Ford Tri-Motor plane. The Ford Motor Co. built 191 of these planes. They were ahead of their time. They were well-known for their work horse reputation. The local islands relied on these planes to resupply goods and services. They were a modern day bus service for the kids to get to school.

For the complete story by Mark Durdak of WEWS-TV, click here.