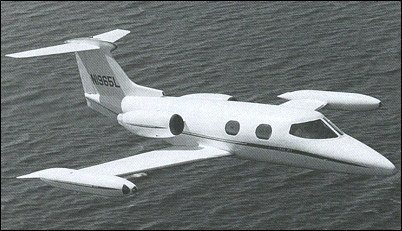 Fifty years ago today, Bill Lear stood on a runway and watched his life savings lift off from an airport in Wichita, Kans. He was 61, and had amassed a fortune in the consumer electronics age. But the jet age was upon us, and the serial entrepreneur saw a chance to build a business around his passion, flying.

Learjet would become synonymous with private jets and set the standard for decades, due in equal measure to Lear’s insistence on high performance and a savvy marketing strategy that relied on social media long before anyone knew what that meant. But the story almost ended just a few months after that momentous first flight when the original prototype came down almost as quickly as it went up, then erupted in flames just beyond the runway. Lear could only watch in dismay as his dream literally went up in smoke.

“Number one crashed,” recalls Clay Lacy, a longtime friend and business associate with Lear, who died in 1978. “It was the best thing that ever happened to Bill Lear.”

For the complete story by Jason Paur of Wired.com, click here.