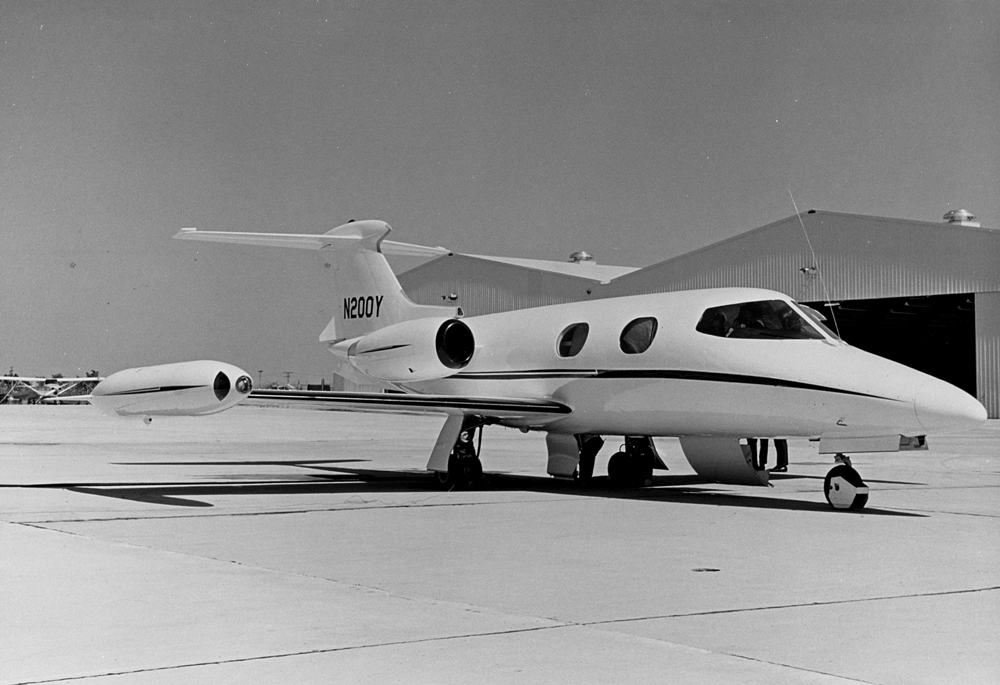 This month Bombardier commemorates the 50th anniversary of the Learjet’s first flight even as the company struggles to launch a larger new flagship, the Model 85, and switch to composite airframe construction. Since 1963, Learjet has become one of the world’s most iconic brands, often generically misused to describe any make/model of private jet, and a conspicuous sign of affluence. Early Learjet owners included crooner Frank Sinatra and industrialist Louise Timken, and their aircraft were a far cry from the comfortable cabins of today.

From 1965 to 1967, Sinatra’s Learjet 23, tail number N175FS, racked up 1,500 hours transporting him, his famous Rat Pack and a host of other showbiz friends, including Elvis, to movie locales, wild times in Las Vegas and the sanctuary of Palm Springs, Calif. The Lear was not Sinatra’s first airplane, nor would it be his last; but it was his most notorious. This was the airplane the then 51-year-old Sinatra used to squire actress Mia Farrow on their globetrotting, whirlwind romance. It doubled as the designated escape vehicle to get out of town fast after a night of overindulgence and fisticuffs. Sinatra was just the type of customer Bill Lear loved.

When Lear created the Learjet in the early 1960s, he envisioned a small, fast and simple airplane, a concept the marketplace embraced. His 20-series and the slightly elongated 30-series that followed sold briskly for more than 20 years, until long after he had left the company. Riding in the back of a Learjet once meant trips to the chiropractor and exercising bladder control, suffering and even trading a certain amount of dignity for the ultimate in aviation cool: speed. In those days you didn’t fly in a Learjet, you wore it.

For the complete story by Mark Huber of AINonline, click here.