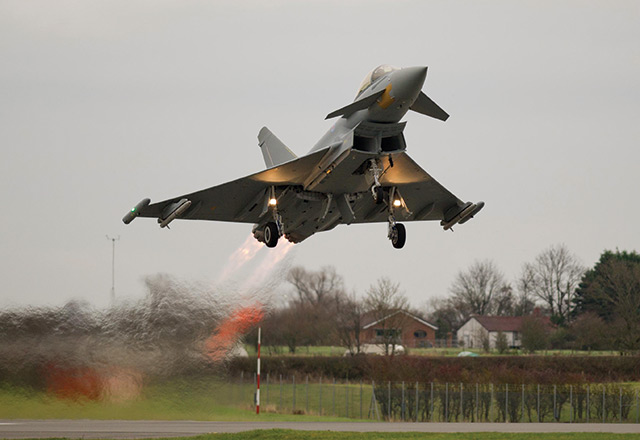 Flown by BAE test pilot Nat Makepeace, single-seat BS116 is one of 40 Tranche 3 aircraft that will be produced for the UK Royal Air Force, equipped with a series of enhancements over previous examples. Germany, Italy and Spain will receive a combined further 72 Eurofighters in the new standard.

“At the nose, a new internal structure has been built, and work has been carried out on power, cooling and electronics so that a new E-scan [active electronically scanned array] radar could be accommodated,” says Mark Kane, BAE’s managing ­director, combat air. The Euroradar consortium and Selex ES are working on candidate systems, with BAE having already performed a trial installation with the UK’s Typhoon instrumented production aircraft 5. This is currently being ­prepared at Warton to make its first flight carrying the sensor, BAE says.