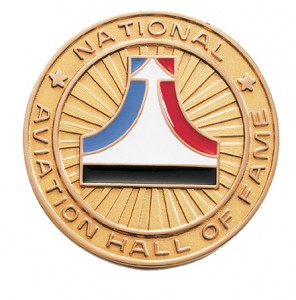 The first female commercial jet airline captain and a fighter pilot turned astronaut in Gemini and Apollo space missions are among six aerospace pioneers who will be inducted into the National Aviation Hall of Fame in Dayton, Ohio, next year.

Ron Kaplan, the hall’s enshrinement director, said Tuesday the number of inductees in the class of 2014 was the largest in decades. A board of nomination of more than 100 members across the nation chose the six among a field of more than 200 nominees.

The newest class was announced on the 110th anniversary of the Wright brothers first powered, heavier-than-air airplane flight near Kitty Hawk, N.C., in 1903.

For the complete story by Barrie Barber of The Springfield (Ohio) Sun-News, click here. To see the news release and photos of the six, visit the Hall’s website here.