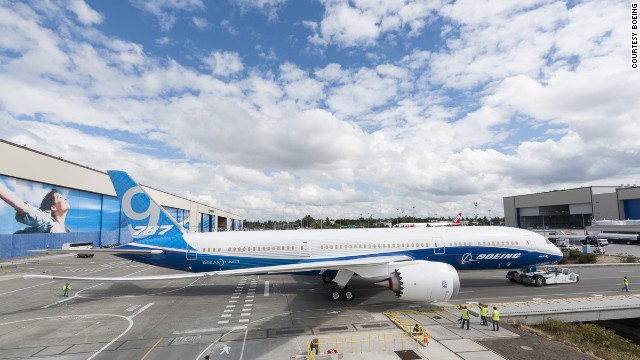 The first flight of the 787-9, the larger and potentially most popular version of Boeing’s Dreamliner family, could come Tuesday morning, weather permitting. Rain is okay, provided visibility is good. Boeing requires at least a 1,500-foot cloud ceiling for the test flight, which will take off from Everett’s Paine Field and land at Boeing Field in Seattle.

The 787-9’s debut offers Boeing a fresh start, a chance to get past the disastrous delays and troubles that bedeviled the first model. And so far, this newest Dreamliner’s development has gone relatively smoothly and approximately on schedule. It already features engine upgrades introduced since the original Dreamliner launch to reduce fuel burn.

The structural changes required to fix the flaw in the wing-to-body join that was discovered in 2009 during the 787-8 wing-bending ground tests were incorporated from the get-go into the 787-9 design. Likewise, Boeing’s solution to the battery overheating problems that grounded the world’s 787s for three-and-a-half months earlier this year is already built into the very first 787-9.

For the complete story by Dominic Gates of The Seattle Times, click here.