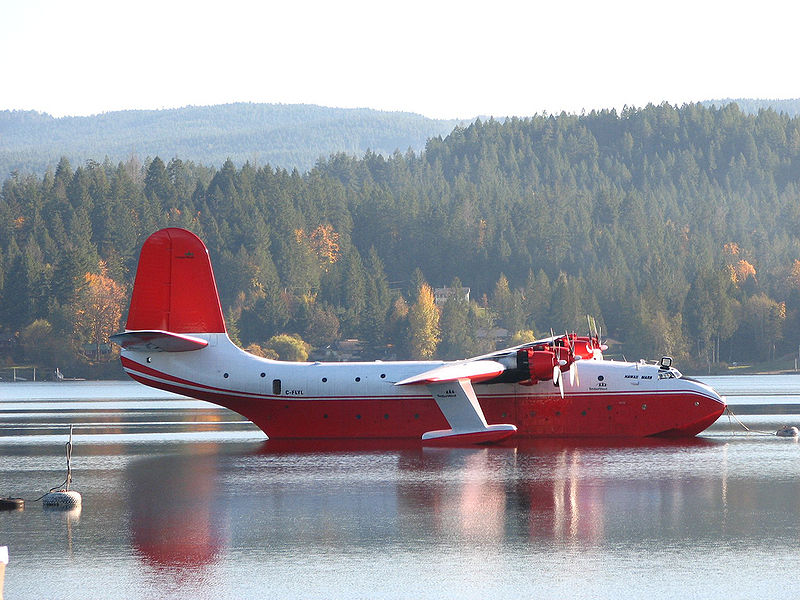 The future of the last Martin Mars water bomber still in service is uncertain, now that Canada’s British Columbia provincial government has given notice that this is the last summer the aircraft, based in Port Alberni, will be given a direct-award contract.

Wayne Coulson, owner of the 1940s-era aircraft that’s based on the Martin JRM Mars four-engined cargo transport built for the U.S. Navy, said on Friday that he learned the news in a meeting with the province a few weeks ago.

A statement from the Ministry of Forests Friday said the Martin Mars has been hired each summer since 2007, and has worked on 17 fires in that time. “Due to advances in airplane technology, there are smaller and more versatile water-scooping aircraft that do not have some of the operational limitations of the Martin Mars,” the statement said.

The province will put firefighting services out for tender in the 2014 season. Coulson said he’s frustrated that provincial staff continue to insist the Hawaii Mars aircraft is undependable and ineffective.

“We agree to disagree,” said Coulson. “If it was about facts and cost of a delivered litre of water, we’d win, hands down.”

For the complete story by Sandra McCulloch of The (Victoria, B.C.) Times Colonist, click here.