At 101 years of age, Lt. Col. Richard Cole (USAF, retired) is still a man with a mission. The last survivor of the 80 officers and enlisted men who followed then Col. Jimmy Doolittle off the deck of the aircraft carrier USS Hornet for the first air raid against Japan on April 18, 1942, Cole’s current mission is to promote the General James H. Doolittle Scholarship Fund. The fund is intended to benefit students pursuing a bachelor’s or advanced degree in courses leading to a degree in aeronautics, engineering, or aerospace science. 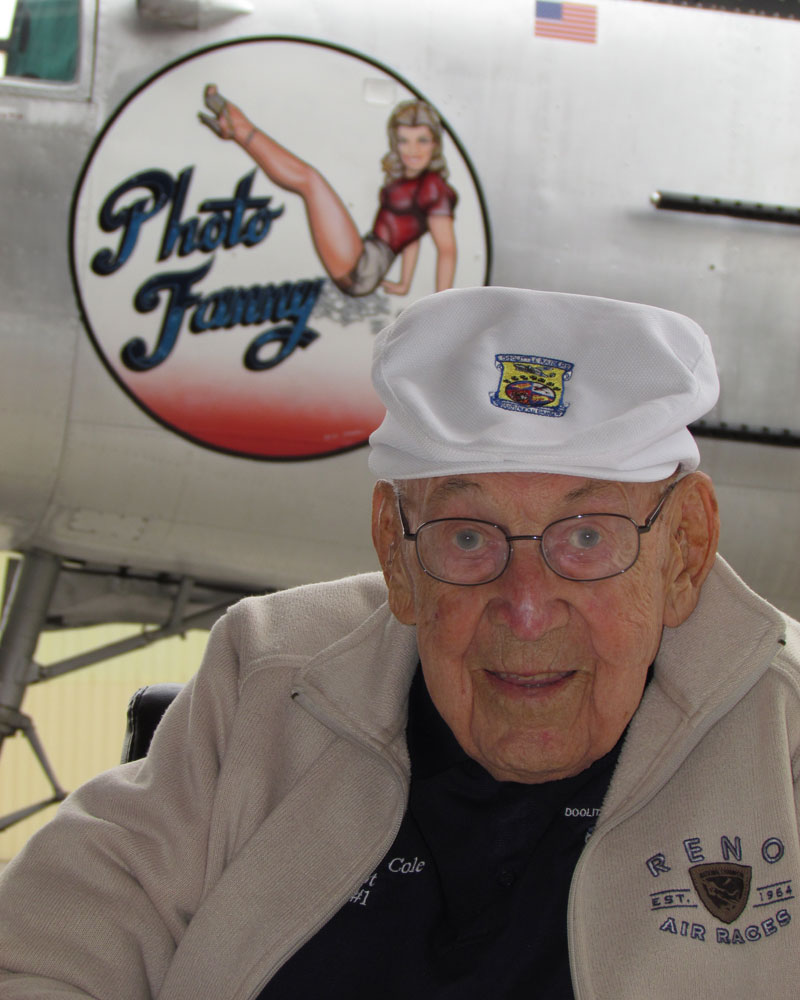 To help promote the scholarship fund, Cole travels across the country selling books and prints as well as posing for photos with admirers and signing autographs. All proceeds from the book and print sales go to the scholarship fund. The book is titled Dick Cole’s War: Doolittle Raider, Hump Pilot, Air Commando, and the print commemorating the Tokyo Raid is titled “Payback Time!”

Cole was Doolittle’s copilot on the Tokyo Raid, which saw 80 fliers man 16 North American B-25 Mitchells for a mission that shocked the Japanese Empire and caused the enemy to rethink its overall battle plan. Doolittle’s Tokyo Raiders had expected to launch from the aircraft carrier, strike their targets on the Japanese homeland, and proceed on to land at bases in China. However, forced to launch earlier than planned when a Japanese ship showed up, they didn’t have enough fuel to reach any air bases in China. One of the B-25s diverted to Russia, while the others ditched in the waters near the Chinese coast or were abandoned over land. Of the 80 crewmen, three were killed in action, eight were captured by the Japanese (three of the POWs were executed, and one died in captivity), five were interned by the Russians (and eventually allowed to return to U.S. control), and the rest managed to survive with relatively few injuries, thanks to local Chinese civilians, many of whom later suffered terribly at the hands of the Japanese. 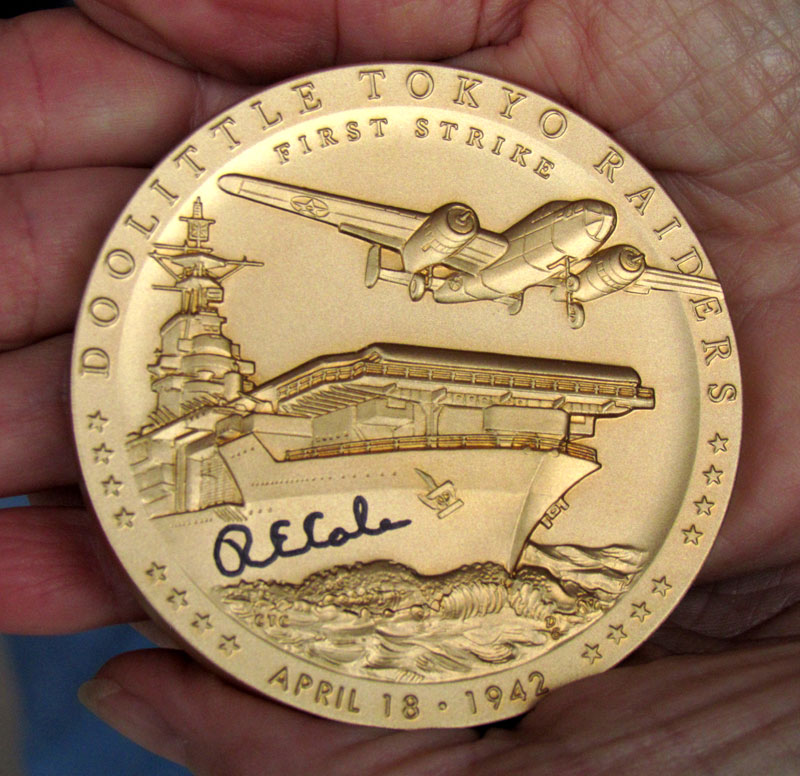 Many of the Doolittle Raiders went on to further service in the war against the Axis forces. Cole remained in the China-Burma-India (CBI) Theater of Operations until July 1943 and then returned to the CBI again from October 1943 to June 1944. He left active duty in January 1947 but returned to duty with the Air Force again in August 1947. Cole was the war operations advisor to the Venezuelan Air Force from 1959 to 1962 and then served in Ohio, North Carolina, and California before finally retiring from active duty on December 31, 1966. For his service, Richard Cole was awarded the Distinguished Flying Cross with two Oak Leaf Clusters; the Air Medal with one Oak Leaf Cluster; the Bronze Star; the Air Force Commendation Medal; and the Chinese Army, Navy, Air Corps Medal, Class A, First Grade. On April 15, 2015, the Doolittle Raiders were also awarded a U.S. Congressional Gold Medal for their service to the country, and the Air Force has announced that its next-generation bomber, the Northrop B-21, will be named “Raider” in honor of their service as well. 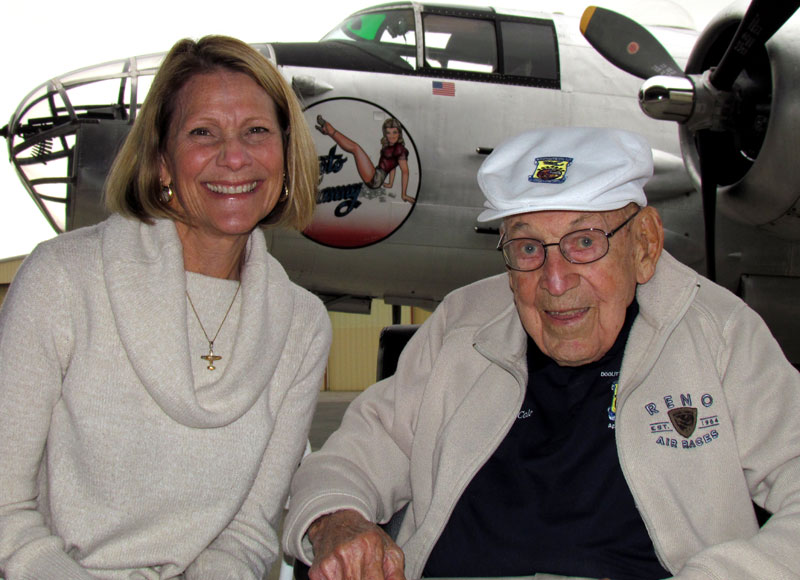 Karen Hinton and Richard Cole in front of “Photo Fanny” at the Planes of Fame Air Museum.

With his daughter Cindy Chal at his side, Cole arrived at the Planes of Fame Air Museum in Chino, California, in the early afternoon of May 17, 2017 (one day shy of 75 years after the Doolittle Raid) to present a copy of the Doolittle Raiders Congressional Medallion to Karen Hinton, daughter of the late Edward T. Maloney, founder of the museum, who passed away last year. Cole then spent two hours posing for photographs and signing autographs in front of “Photo Fanny,” the Planes of Fame Air Museum’s North American B-25J Mitchell, before taking a break to go up for a flight in “Pacific Princess,” the B-25J Mitchell from Carl Scholl and Tony Ritzman’s Aero Trader restoration shop in Chino. After that, the veteran returned to the museum that evening for another two hours of posing for photographs and signing autographs—certainly an impressive performance for anyone his age.

Those in attendance found it humbling to be grasping the hand that had played such an important role in the Nation’s history and helped give us the life we enjoy today. All we could say was “thank you” and “We’ll remember. Forever.”

Text and photos by Frank Mormillo.