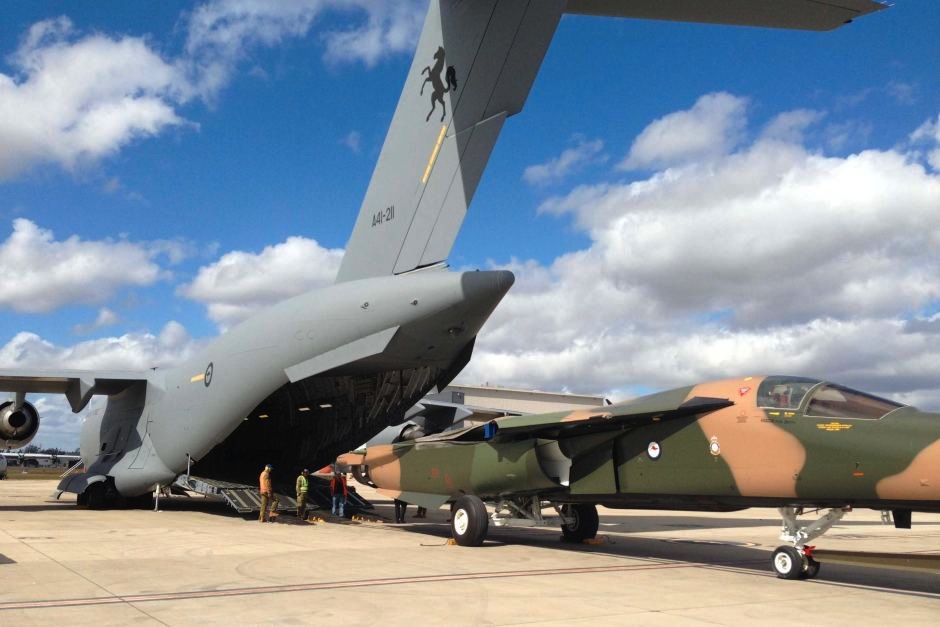 The Royal Australian Air Force (RAAF) has bid a final farewell to its last remaining General Dynamics F-111 Aardvark, which is being taken from Amberley base, west of Brisbane, to Hawaii. The much-loved fighter bomber had its wings clipped ahead of its last journey to the Pacific Air Museum at Pearl Harbor.

“It’s quite an historic day from an Air Force perspective particularly for the guys who’ve worked on the F-111…to see the last one just about to depart,” said Wing Commander Clive Wells, who has managed the disposal of all the Air Force’s F-111s.

The RAAF originally purchased 43 F-111s; eight crashed, 23 were buried, and the remainder have been put on display in defense establishments and museums around Australia.

For the complete story by Courtney Wilson of the Australian Broadcasting Corp., click here.