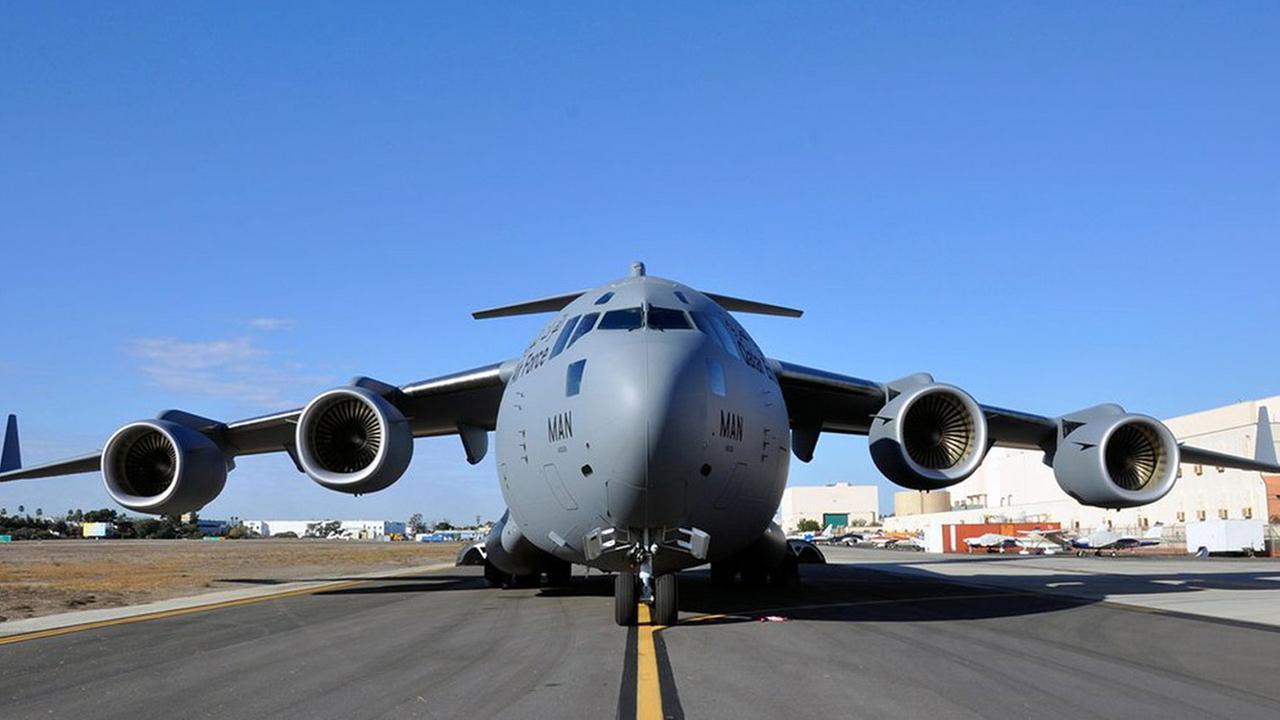 The airlifter flew over a crowd and the facility before heading to the company’s San Antonio location, where it will remain until delivery to the Qatar Emiri Air Force early in 2016. With the completion of C-17 production, Boeing will continue the Globemaster III legacy, providing support, maintenance and upgrades to the worldwide C-17 fleet under the C-17 Globemaster III Integrated Sustainment Program (GISP) Performance-Based Logistics agreement.

“This is truly the end of an era. It’s a sad day, but one that all of the Boeing employees and suppliers who have worked over the years building this great aircraft can be proud of,” said Nan Bouchard, vice president and C-17 program manager.

“Our team’s work and dedication and professionalism created one of the world’s leading airlifters, a plane that is at the forefront for providing humanitarian aid and has changed the way the U.S. Air Force and our international partners mobilize for operations and aeromedical support,” Bouchard said.

The decision to end production of the C-17 production program was announced in 2013. Since the first C-17 took to the air on Sept. 15, 1991, the C-17 fleets for the U.S. Air Force and international partners have amassed more than three million flying hours supporting airlift of troops and large cargo, precision airdrop of humanitarian supplies and lifesaving aeromedical missions.