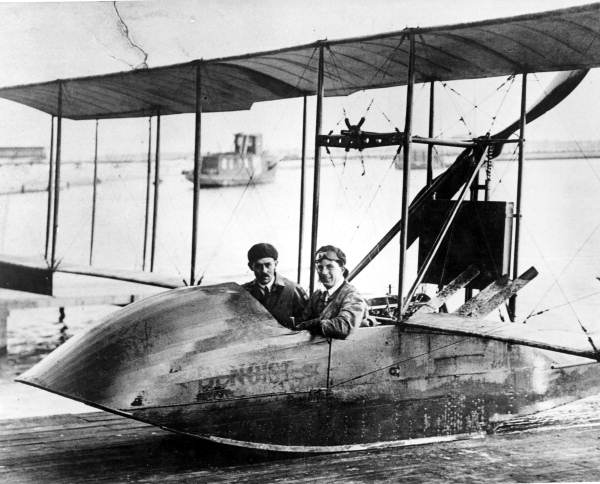 A rough landing in the harbor off Park Point in Duluth, Minn., yesterday severely damaged a replica of a Benoist XIV flying boat that has generated a lot of buzz in the area. But officials say it was the best-case scenario because no one was hurt.

“In the words of the pilot, he said we had a great takeoff, but not so good of a landing,” said St. Louis County Undersheriff Dave Phillips It was a sad ending to a flight that was supposed to help re–create history for aviation fans and community members in the Twin Ports. “It sounds like he had been airborne and was attempting to land the aircraft and was coming in too hot, coming in too fast and had a very hard landing on the water,” Phillips said.

On Tuesday afternoon, the Lark of Duluth was slowly towed to shore. The biplane is a replica of a plane that visited Duluth in 1913 and became the world’s first airliner.

For the complete story and video by Dana Thayer of KQDS-TV, click here.