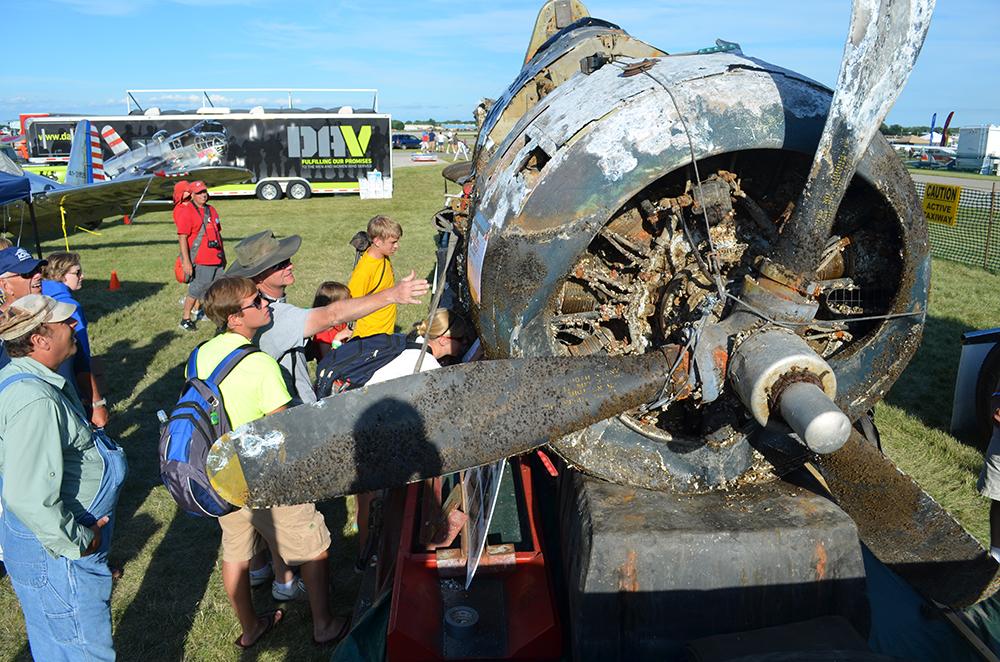 Not all of the display aircraft at EAA AirVenture in Oshkosh, Wis., are pristine examples. A Grumman FM-2 Wildcat fighter used to train World War II Naval aviators is on display, its remains lashed to the back of a flatbed truck. The barnacle-encrusted single-seat fighter crashed on takeoff from a training aircraft carrier on Lake Michigan in December 1944, and it sat on the bottom until it was recovered last December 7 — a familiar date for World War II history buffs.
The recovery was performed by A&T Recovery of Chicago and the effort was sponsored by EAA member Charles Greenhill of Illinois. The operation was supported by the National Naval Aviation Museum and the Naval History and Heritage Command. The aircraft remains the property of the Navy, and is expected to be restored to static condition for display somewhere in the Chicago area, perhaps at the Glenview Hangar One Museum.
On Dec. 28, 1944, Navy ensign William Forbes was making his third takeoff from the USS Sable. The engine quit on the takeoff roll, and the Wildcat plunged into the cold Lake Michigan waters. Forbes survived the ditching and went on to serve in the Pacific, later attending law school and launching a career as a lawyer. He died in 2008.

For the complete story by Mark Phelps of Flying Magazine, click here.