For nearly 20 years, the United States Air Force (USAF) has been focused on anti-terror operations in uncontested airspace. Now, as America transitions its focus away from the “War on Terror” toward potential near-peer conflicts, the US is looking to pull a page out of its own World War II playbook by building inexpensive combat aircraft that can overwhelm advanced enemy air defenses through sheer numbers. 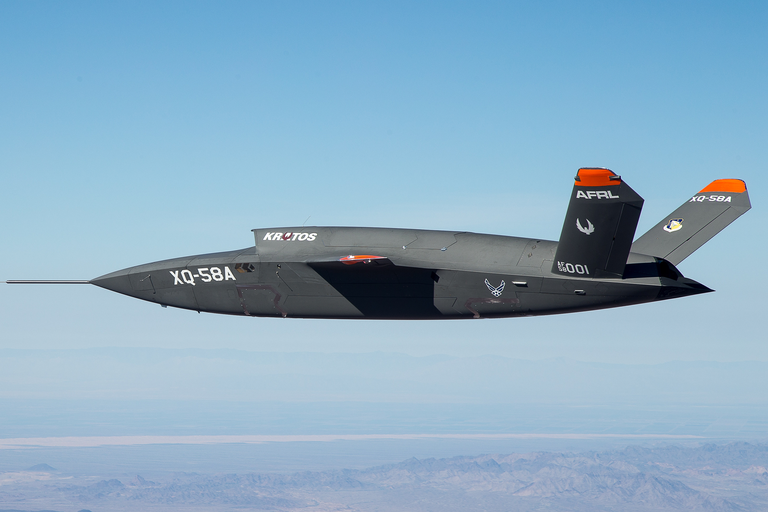 The Kratos XQ-58A Valkyrie, an unmanned and experimental combat aerial vehicle, is tough to spot on radar and could be directly linked to an F-35 through an encrypted data connection to serve as a wingman under the pilot’s control. But even with these pros, it’s the cost of the Valkyrie, not its capabilities, that could change America’s aerial warfighting strategy.

While there’s no question the US boasts the largest air force in the world in terms of total military aircraft, the makeup and size of that force has shifted dramatically since the final days of World War II. At that time, the U.S. boasted some 300,000 combat aircraft. Today, the nation has some 13,400, spread out across its various military branches.

The reason for this change is the steady progress of technology, which has dramatically increased the combat capabilities and the cost of each aircraft in service today. These parallel developments in aviation production have resulted not only in a leaner, more capable Air Force, but a change in combat strategy altogether. Gone is the World War II mindset that called for superiority through volume. On today’s battlefield, it’s technology, not numbers, that makes the biggest difference.

The Valkyrie has an internal weapon payload capacity of at least two small-diameter bombs and boasts a flight range of more than 2,000 miles, but more importantly, the Department of Defense (DoD) has a plan to connect these unmanned combat air vehicles (UCAVs) to F-35s and the new F-15EXs via encrypted data links to serve as support drones—an initiative known as the Skyborg program. These links, coupled with on-board artificial intelligence, will allow pilots of manned aircraft to control their drone wingmen, even sending them out ahead to relay sensor information back to the pilot.

That means the Valkyries would be able to engage ground targets on behalf of a manned fighter and potentially even sacrifice themselves to protect manned aircraft from inbound missiles.

“We can take risks with some systems to keep others safer,” Will Roper, Ph.D., assistant secretary of the Air Force for acquisition, technology, and logistics, told Defense News reporter Valerie Insinna last year.

Currently, combat aircraft rely on their own sensor suites to identify targets and potential threats, but with the Skyborg Program, unmanned aircraft could fly ahead to spot targets and relay data back to pilots. That would allow fighters to engage threats from further distances or avoid them all together.