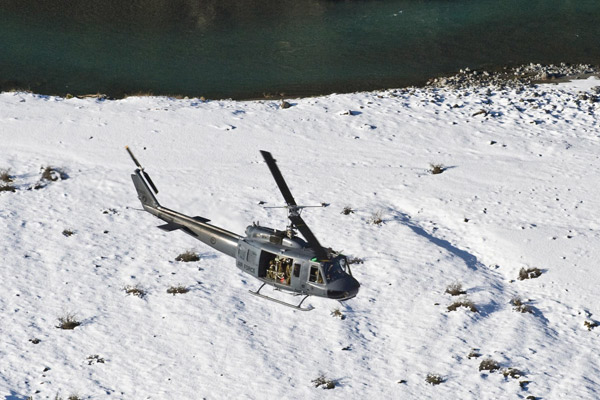 The Royal New Zealand Air Force’s Bell Helicopter UH-1 Huey has conducted a final tour of the country ahead of its planned retirement in July after 49 years in service.

Serving with No. 3 Squadron, the once 14-strong fleet of Hueys has been reduced to six as it nears retirement on July 1, and several of the remaining fleet embarked on the final farewell tour in early May. This started at Wigram before visiting Woodbourne, Napier, Tauranga and Auckland, followed by a trip to Waiouru to say farewell to the New Zealand army and then a final visit to Wellington.

The service is due to receive nine NH Industries NH-90 helicopters – eight for active service and one spare – to replace the Hueys, but a number of the latter will be kept in service until the full fleet of NH-90s becomes active.

For the complete story by Peter Clark of Flightglobal.com, click here.