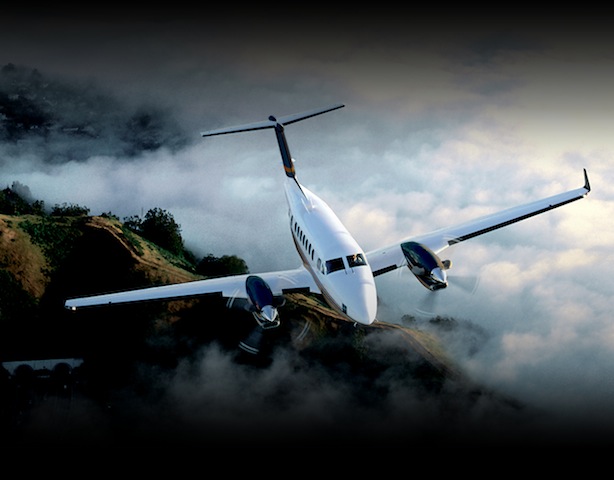 Beechcraft Corp. celebrated the 50th anniversary of the first flight of its King Air Model 90 with a flight of three King Air models flying over Beech Field.

The first flight of the King Air on Jan. 20, 1964, was a milestone for the company. The significance can’t be overstated, Boisture said. It’s been a successful airplane for the company. The King Air has captured more than 50 percent of the business turboprop market. Since the first King Air was delivered in September of 1964, 7,200 King Airs have been delivered. They have accumulated 60 million flight hours.

For the complete story by Molly McMillin of The Wichita Eagle, click here.
Photo by Beechcraft