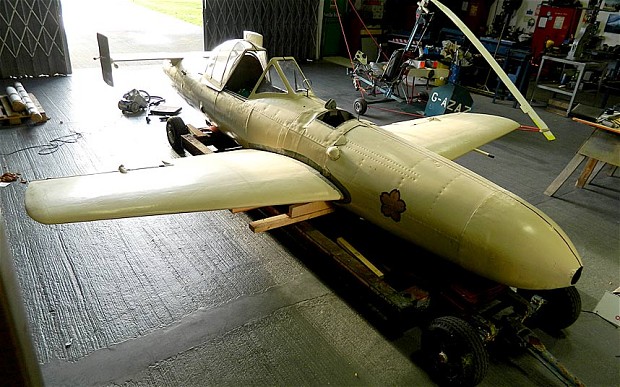 A rare surviving Kamikaze aircraft seized by the British at the end of World War II is to go on display for the first time.

The aircraft, which would have been flown by a Japanese pilot on a suicide mission, was one of just four brought back to Britain from the Far East to display in museums. It is not known what ever happened to the other three, but this Yokosuka MXY7 Ohka 11 has been kept in storage for the last 30 years at the Fleet Air Arm Museum near Yeovil, Somerset, in South West England

Staff have now wheeled it out in preparation for a lengthy refurbishment before they plan to exhibit it as part of an exhibition on the Pacific War in two years time.

For the complete story by The (London) Telegraph, click here.