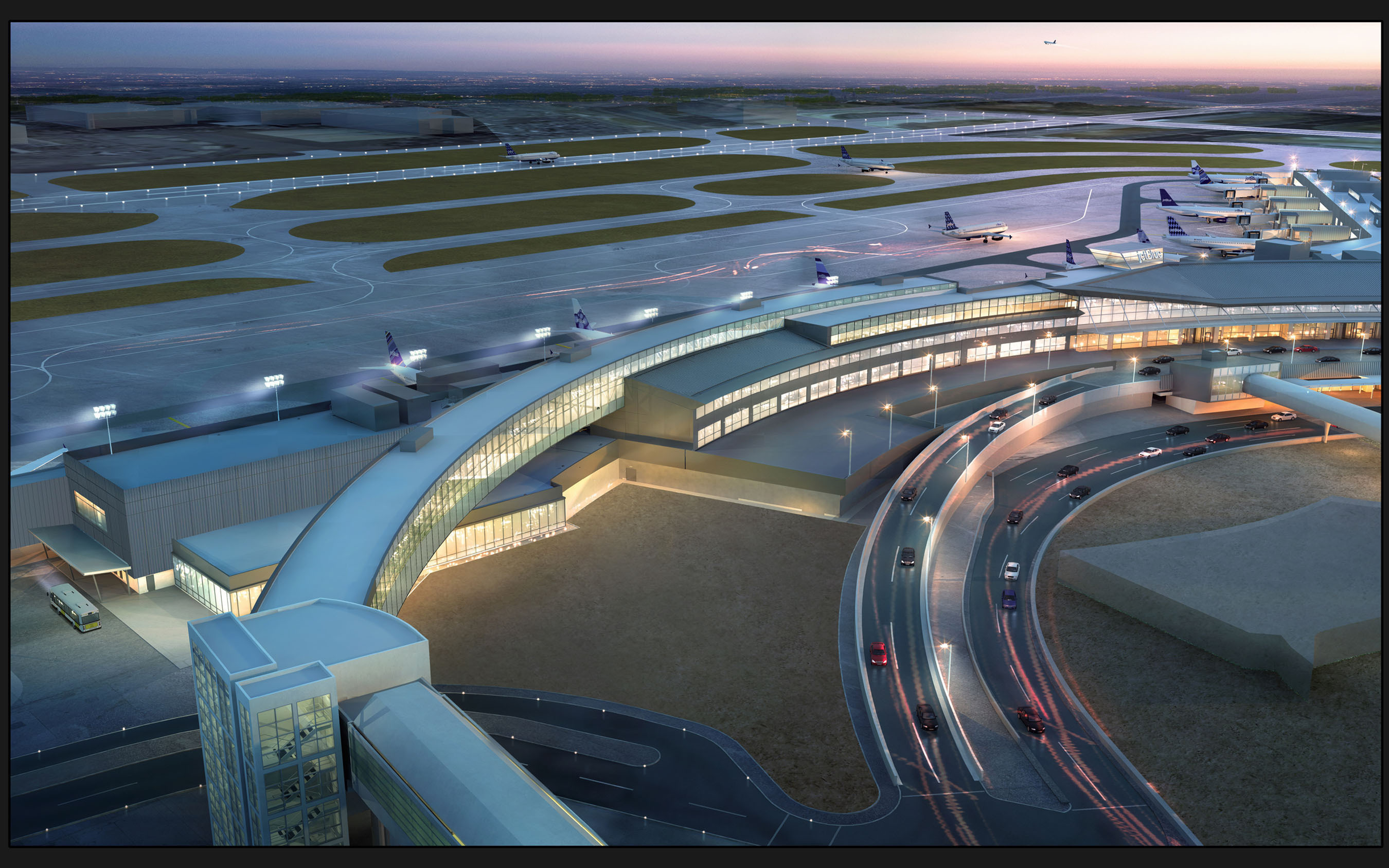 It’s been an entire year since the demolition of the old I.M. Pei-designed Terminal 6 at New York’s JFK Airport. Not only was it the former “Sundrome” home of the now-defunct National Airlines, but it served as the first real home of JetBlue; it was the company’s training wheels terminal before building Terminal 5, if you will.

The building may be gone but Terminal 6 lives on…as what’s soon to be an extension of JetBlue’s massive T5. On Tuesday morning, the airline’s head honchos broke out the shiny silver shovels with Port Authority officials to break ground on T5i, an annex specifically for JetBlue’s international flights.