The Mitsubishi A6M “Zero” is a long-range fighter aircraft formerly manufactured by Mitsubishi Aircraft Company, the Zero was considered to have been the most capable carrier-based fighter in the world when it was introduced early in World War II. Combining excellent maneuverability and very long range, the Imperial Japanese Navy Air Service also used the Zero as a land-based fighter. 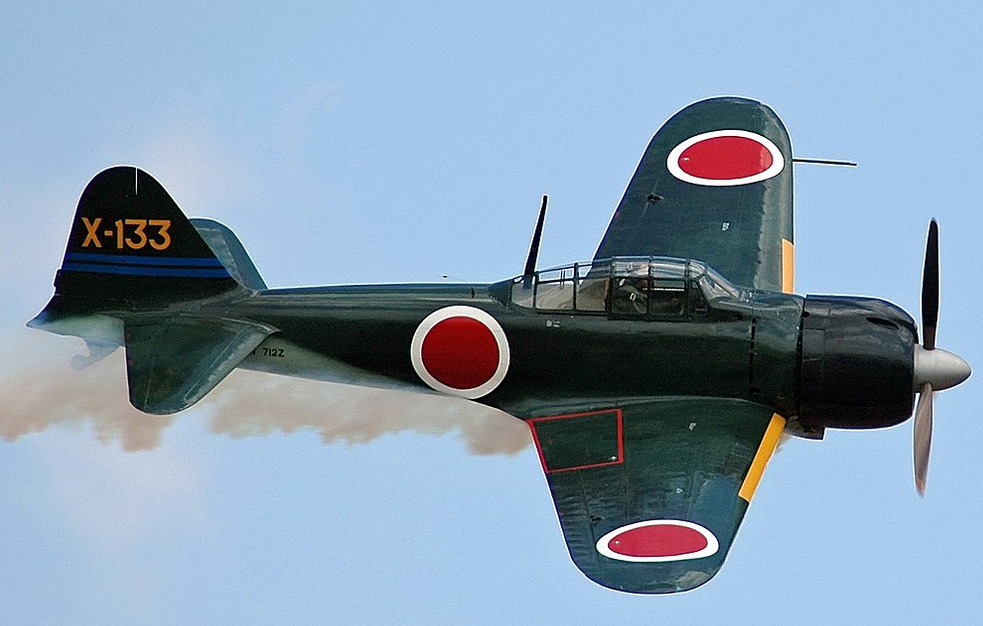 In early combat operations, the Zero gained a reputation as a superior dogfighter, achieving an kill ratio of 12:1, but by mid-1942 a combination of new tactics and the introduction of better equipment enabled Allied pilots to engage the Zero on generally equal terms. By 1943, due to inherent design weaknesses, such as a lack of hydraulic boosted ailerons and rudder rendering it extremely unmaneuverable at high speeds, and an inability to equip it with a more powerful engine, the Zero gradually became less effective against newer Allied fighters. By 1944 the A6M had largely become outdated.