Today in 1969: NASA announced the astronauts selected for the first lunar landing: (left to right below) Edwin E. “Buzz” Aldrin Jr., Neil A. Armstrong, and Michael Collins. This photo of the crew was taken the following day. 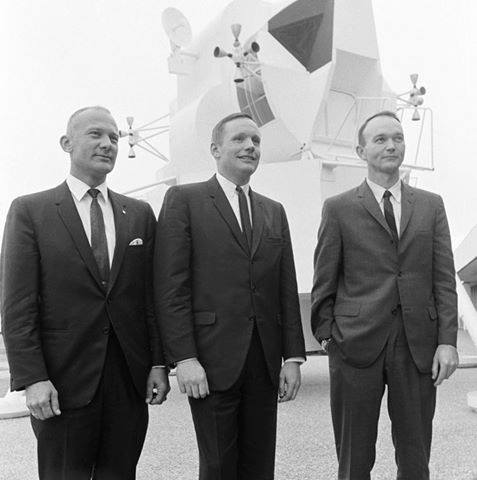 Michael Collins piloted the command module Columbia alone in lunar orbit while they were on the Moon’s surface.