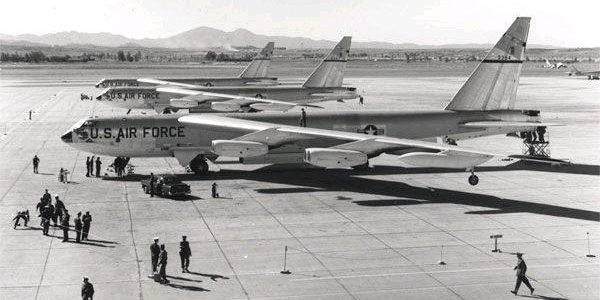 Led by M GEN Archie Old, Jr., Commander 15th AF, five B-52Bs assigned to the 93rd BW took off from Castle AFB, CA at 1300hrs local. As the mission proceeded, two of the bombers had mechanical problems. One returned to the US and the other landed in England. Old was aboard “Lucky Lady III”, 53-0394, commanded by LT COL James Morris, who had flown as co-pilot aboard B-50A “Lucky Lady II” when the world’s first global non-stop flight was completed by SAC in 1949. 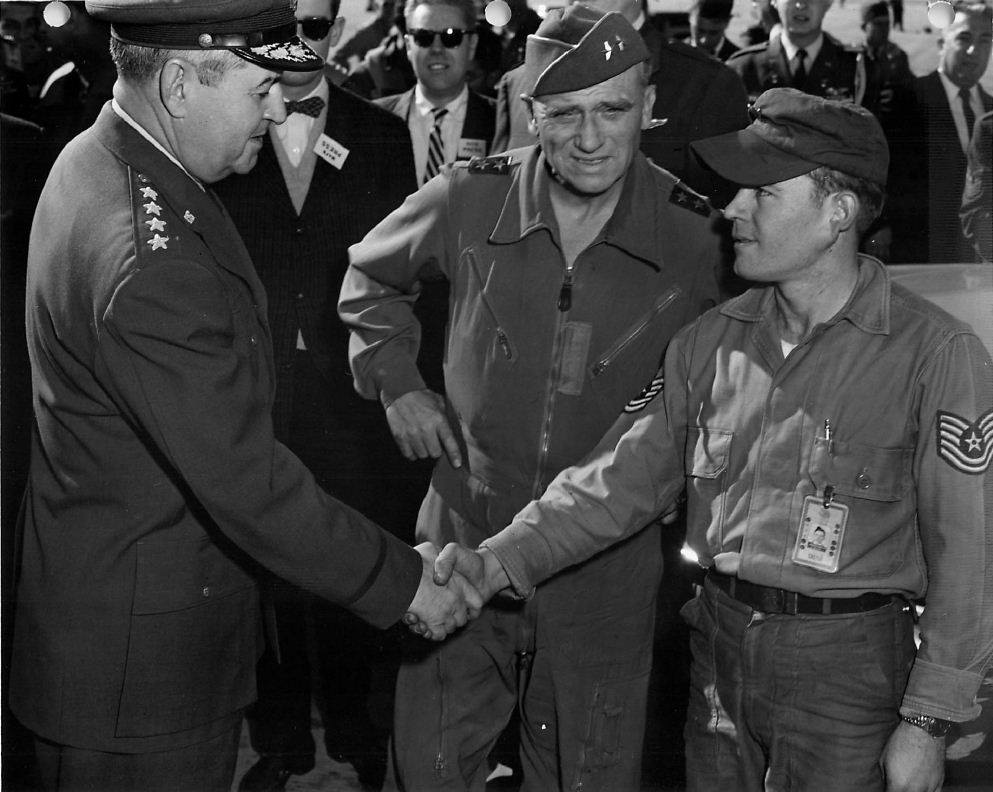 After an A/R over Saudi Arabia, the planes followed the coast of India to Sri Lanka and then conducted a simulated bombing south of the Malay Peninsula before heading towards the next A/R tracks between the Philippines and Guam. The B-52Bs continued across the Pacific Ocean and landed at March AFB, CA on January 18 after flying for a total of 45.3 hours, with the lead plane landing at 1019hrs local and the other two planes following each other separated by 80 seconds. 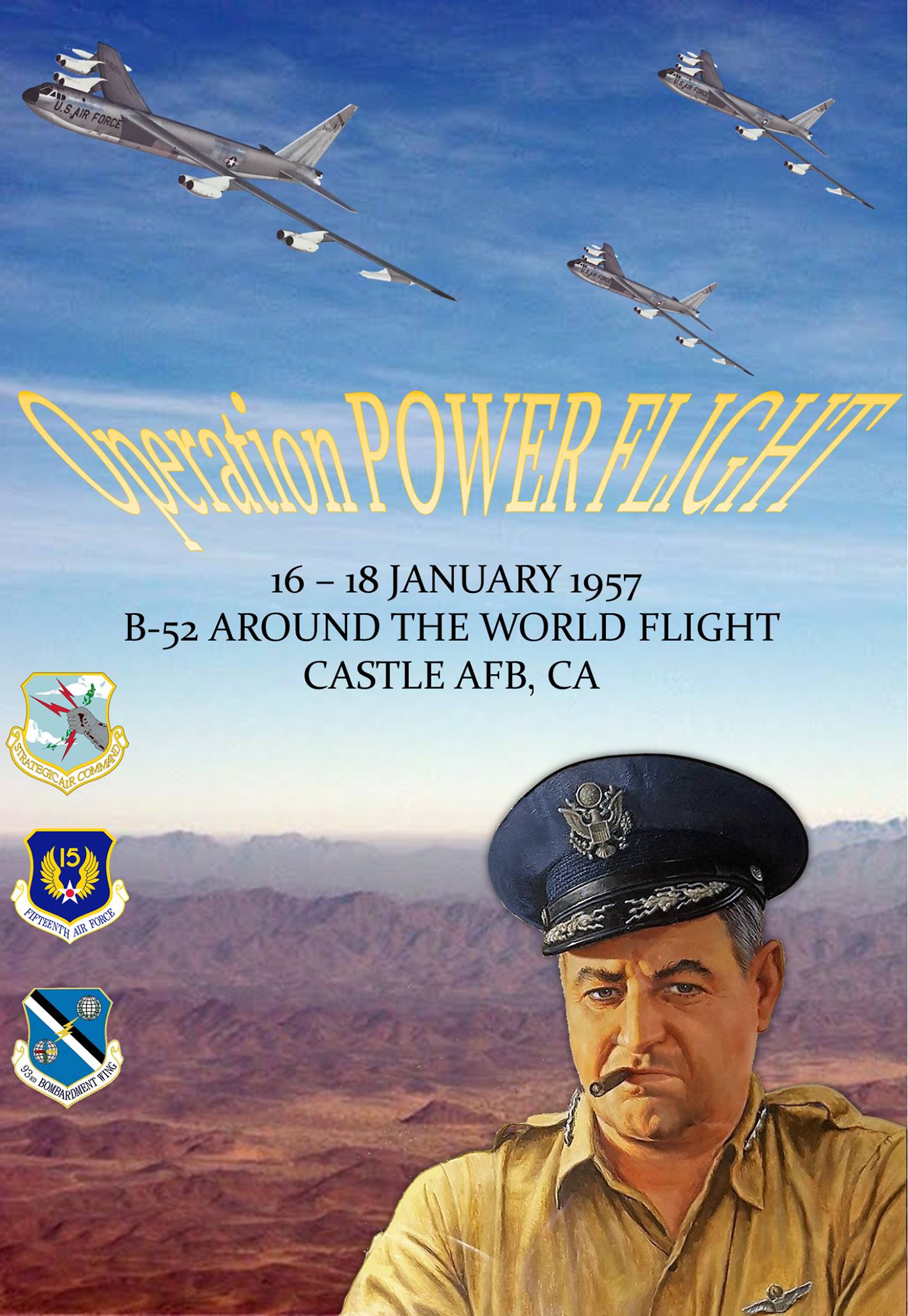 The flight was completed in less than half the time required by Lucky Lady II when it made the first global non-stop flight in 1949. On the 18th, GEN Curtis LeMay was among the 1,000 on hand at March AFB to greet the three planes, and he awarded all 27 crew members the Distinguished Flying Cross. Though M GEN Old called the flight “a routine training mission,” the Air Force emphasized that the mission demonstrated its “capability to drop a hydrogen bomb anywhere in the world.” The National Aeronautic Association recognized the 93rd BW as recipient of the Mackay Trophy for 1957.