1964 – A Boeing B-52H Stratofortess has its vertical stabilizer sheared off by turbulence but lands safely. The B-52H on loan from the US Air Force and flying with a 4-man civilian crew, was on a test mission to record sensor data for high speed, low altitude flight. Over New Mexico’s Sangre de Christo mountains, the crew encountered severe turbulence at 14,000 feet, and though it lasted only 9 seconds, it was so severe that the vertical stabilizer was torn off the Stratofortress. In spite of the loss of yaw control from the missing stabilizer, and a center of gravity that had shifted due to the loss of the approximately 2000-pound fin, the crew managed to control the aircraft and call for assistance from chase planes and Boeing engineers on the ground. After flying for five hours, they diverted to Blytheville, Arkansas for more favorable weather conditions and landed the bomber without incident. 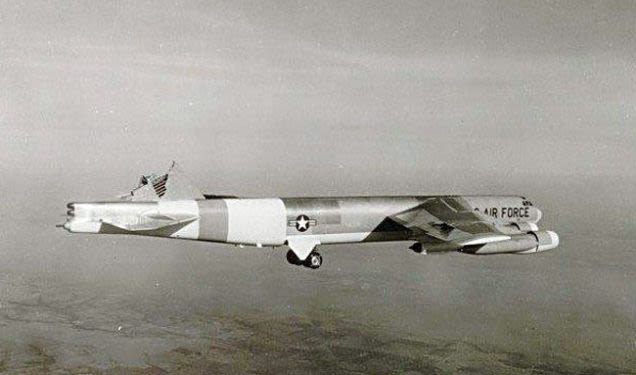