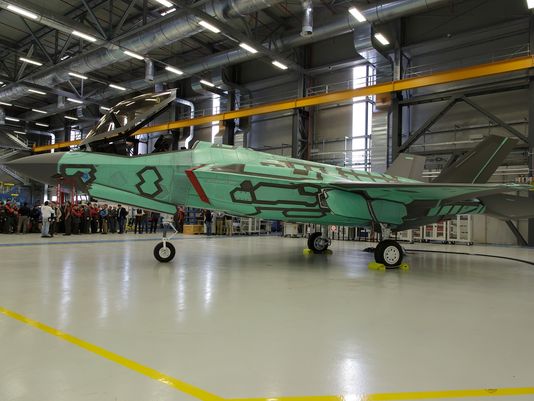 The first joint strike fighter assembled outside the U.S. rolled off an assembly line in Italy on Thursday, Lockheed Martin said in a statement.

The aircraft, designated AL-1, was the first of eight aircraft being assembled at the final assembly and check out (FACO) facility at Cameri Air Base in northern Italy. AL-1 is due to fly for the first time later this year, Lockheed Martin said.

Italy is assembling its F-35s at Cameri, currently an order of 90 aircraft, and will assemble Dutch aircraft as well. The facility is also being used to build wing sets under contract to Lockheed Martin. The first wing section has been completed and is due to be shipped to Lockheed’s Fort Worth, Texas, F-35 production line for final assembly.

For the complete story by Tom Kington of DefenseNews.com, click here.