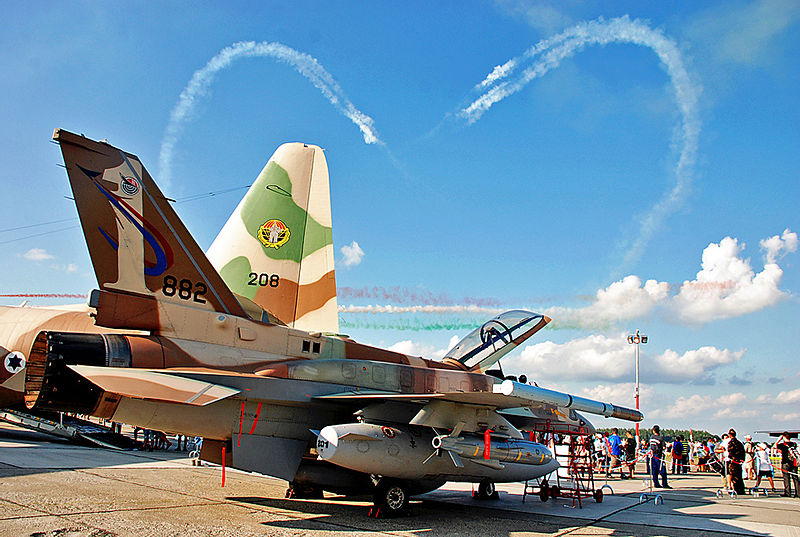 The largest aerial manoeuvre ever held in Israel began Sunday, with the participation of 60 aircraft from four countries.

Code-named “Blue Flag,” the exercise includes seven combat squadrons from the Israeli Air Force and one squadron each from the air forces of the U.S., Greece and Italy. The Polish air force was also scheduled to take part but withdrew for budgetary reasons.

The U.S. ambassador in Israel, Dan Shapiro, said that the manoeuvres were a good example of the cooperation between the U.S. and Israeli defense establishments. “We are facing the same threats in the Middle East, and it’s important that we have the capability of acting together, if need be. Such exercises give our pilots and air force personnel the necessary experience, since there could be circumstances under which they operate together.” Shapiro said.

For the complete story by Gili Cohen of Haaretz, click here.