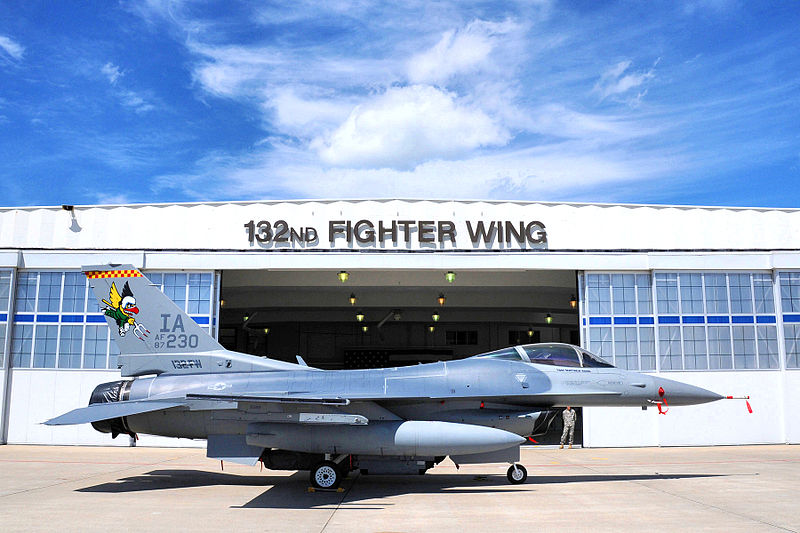 As the Iowa Air National Guard bids farewell to its Lockheed Martin F-16 Fighting Falcon aircraft in Des Moines, it’s also the end of an era for Lt. Col. Travis Acheson and his father, Keith Acheson.

The Achesons have both served as fighter pilots with the 132nd Fighter Wing. Dad retired in the early 1990s, while son is the current commander of the unit’s F-16 squadron, seeing duty in the skies over Iraq, Afghanistan and other places around the globe.

Pentagon budget cuts are forcing an end to manned military aircraft that have been based at the Des Moines airport since 1941. The Guard unit will instead be trained to fly remotely piloted aircraft — commonly known as drones — although the MQ-9 Reapers won’t be based in Iowa.

For the complete story by William Petroski of the DesMoinesRegister.com, click here.