If you know about giant scale RC, then you’ll recognize the name Ziroli, and the father and son team of Nick Sr., and Jr. Nick the elder is known for being the father of giant scale warbirds and Nick Jr. continues to be a driving force in the RC industry. Nick Jr. took over “Ziroli Giant Scale Plans” when his father retired and turned it into a very popular online web company serving the needs of modelers who have (or want to buy) Ziroli plans. Nick also has a large line of RC hardware and products including many molded fiberglass accessories for the warbirds built from Ziroli Plans. Nick has also been able to enjoy piloting full-size aircraft and warbirds.

We caught up with Nick and chatted about his warbird log book.

MAN: Nick, it seems like a dream job. How did you get here flying these amazing WW II warbirds?

Nick Ziroli: As you know, my dad and I have been involved with giant scale RC warbirds for many years. While dad worked our Ziroli Plans company, I started a commercial vacuum-forming company. This also helped for making canopies and other scale parts for the model plans, but I applied myself in the commercial end of manufacturing and I’m proud that it has become a very successful business. It was with the commercial company that I was able to afford to get my private pilot license and move up from there. I started with small single engine airplanes and eventually worked my way up to a Beech Baron Twin. I also have owned a Piper J-3 Cub and currently have a vintage Stearman PT-17. I would go to various airshows including the Warbird Airshow that is based at the American Airpower Museum here on Long Island in Farmingdale, at the Republic Airport.

Since I had my twin rating, I soon became part of the crew there and started building hours in the museum’s B-25 “Miss Hap”, and eventually earned my rating. I helped out when the Mitchell was flown to various airshows and when it had to be flown to NJ for scheduled maintenance.

Over the years, I have continued as a pilot for the museum’s collection of vintage warbirds and enjoy very much the flying and the interaction with the public that come to the airshows.

Honestly, it is a blast to fly all these amazing pieces of American military history, but I get the biggest kick from the reactions of the various veterans that I take on rides. At first they are very quiet and reserved and then during the flight, they become more comfortable and I see their eyes brighten up. After we land, we’ll chat some more and all their memories are again fresh in their minds. It is a wonderful experience.

An office with a view

It is very common to see Nick fly his full-size Stearman PT-17 Navy (N2S-3) and if you attend any of the warbird airshows in the New England area, there’s a good chance you’ll spy Nick flying one of the museum’s warbirds. 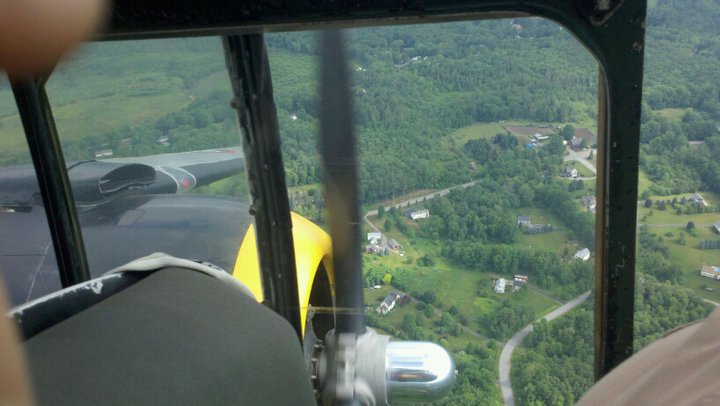 (Above) A shot out of the Miss Hap’s cockpit flying back to Long Island from Maine.

Nick continued experience with full-scale warbirds is driven with the same passion that has made his company such a success. The American Airpower Museum B-25 Mitchel “Miss Hap” is a regular in the local airshow circuit. Since it does require a 2-man crew and Nick has logged many hours. 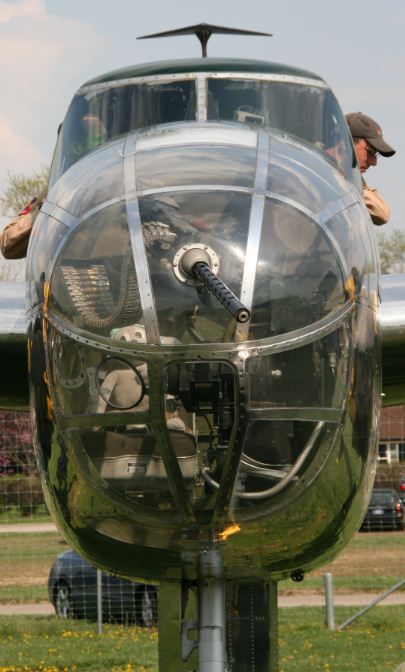 (Above) Business end of the Miss Hap B-25 Mitchell 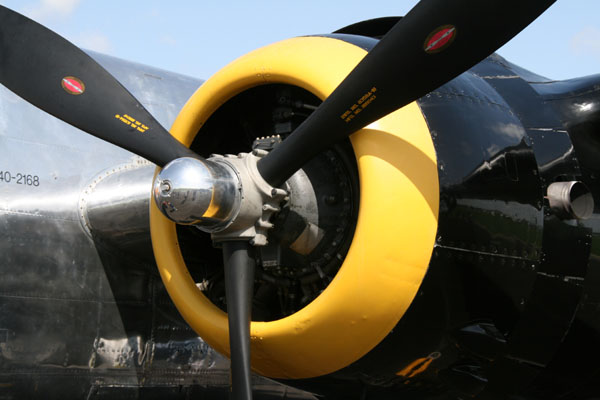 (Above) Lots of horsepower available with two of these running! 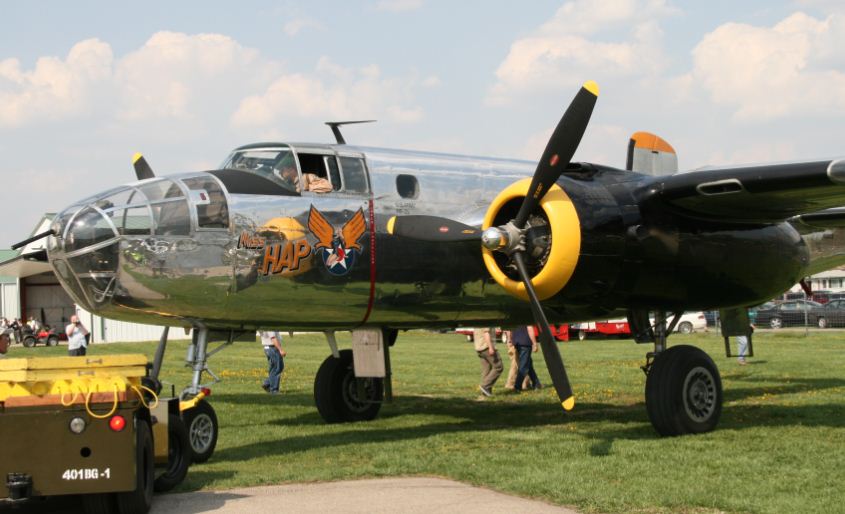 (Above) Miss Hap at the 2010 Dolittle Raider Reunion fly in at the Grimes Field in Urbana, OH.

Nick also is checked out and qualified to fly the museum’s North American AT-6 Texans, as well as their enormous Grumman TBM Avenger, and the Douglas C-47 cargo plane affectionately nicknamed the Gooney Bird.

(Above) Nick in the pilot seat of his first Stearman PT-17. 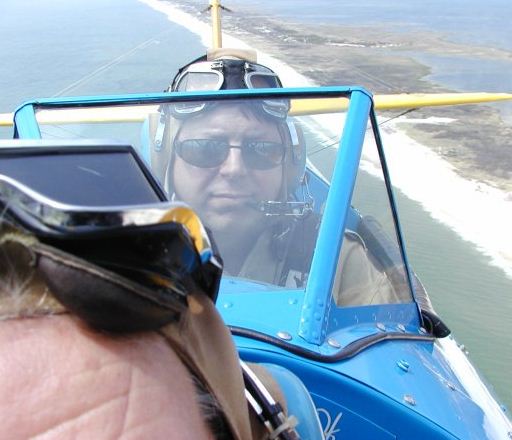 Nick flying his newest Stearman which is dressed in US Navy N2S colors. 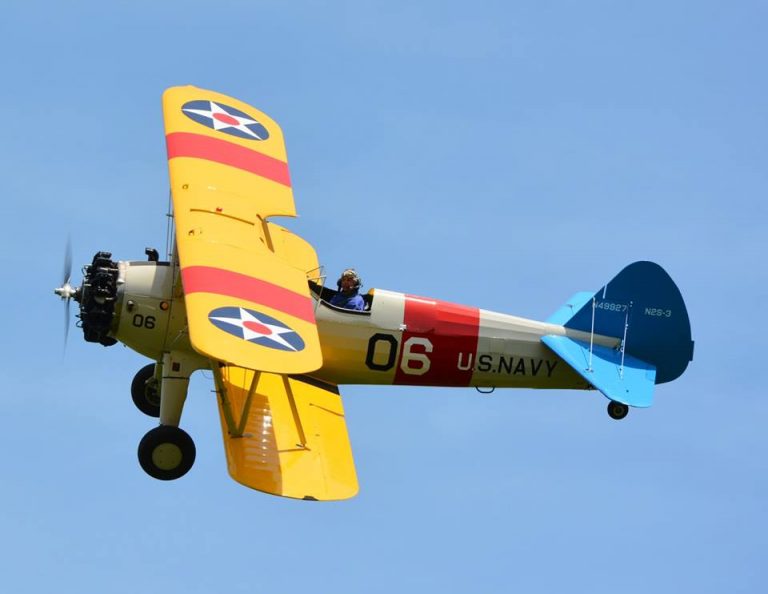 Nick says that the massive Grumman TBM Avenger torpedo/bomber flies like a truck! 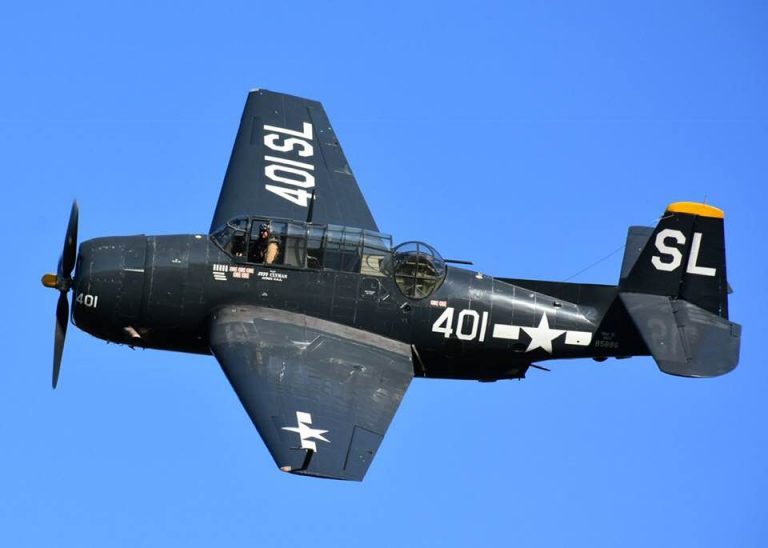 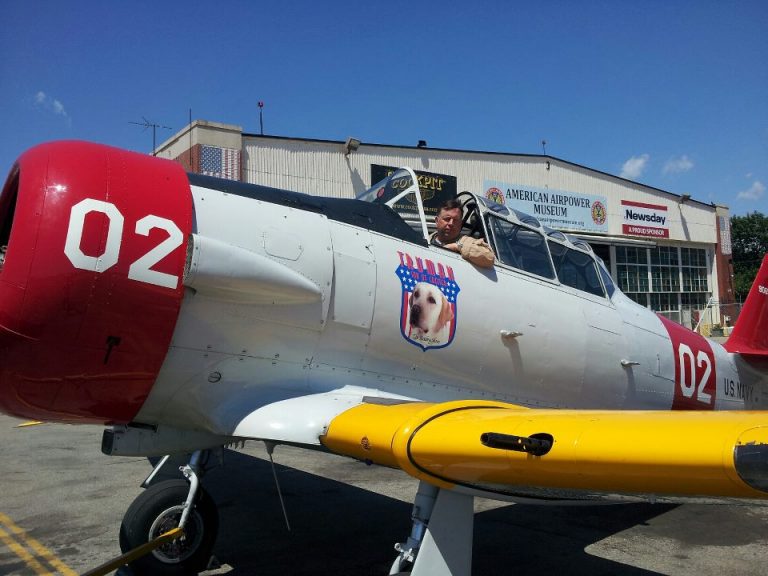 Nick’s newest ride is the unmistakable Curtiss P-40 Warhawk. Nick says it flies as great as it looks. Next up on the list is qualifying and getting checked out in the museum’s P-51 Mustang!

So you can believe, when it comes to knowing how to fly warbirds, (both RC and full-size), Nick Jr.’s log book is an impressive read for sure. An amazing resume for any pilot.