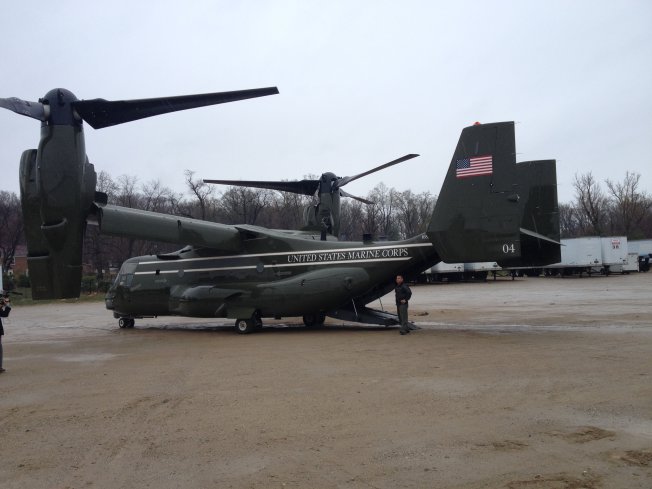 A sharply painted hunter green Bell Boeing MV-22 Osprey taxies up near a hangar at the sprawling Marine Corps Base Quantico in central coastal Virginia. It has been pouring down rain and the sky is a gray soup of fog. Yet in the time it takes to walk 100 yards to the awaiting hybrid aircraft, the slick, saturated tarmac beneath the massive idling propellers has become bone dry.

It’s the first indication of the massive amounts of power employed by the Osprey – part helicopter, part airplane – that the passengers on this particular flight are about to experience.

The Marine Corps’ HMX-1 squadron, tasked with transporting the president and his entourage, took on the MV-22 as the new tool of their trade last summer. The aircraft that began with a very troubled development phase has subsequently matured into the workhorse of the Marine Corps, ubiquitous in its presence in Afghanistan and considered essential in long-range crisis response missions such as Libya or the Philippines.