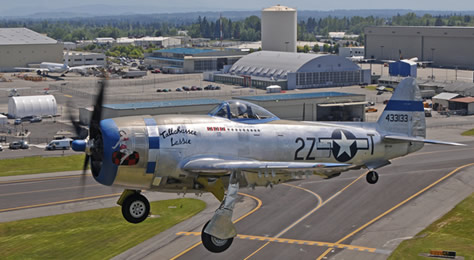 Paul Allen is staring up at the barrel of an enormous gun – more like a cannon and more than twice his height. In the newly opened second hangar of his Flying Heritage Collection, the billionaire Microsoft cofounder points at an 88mm Flak 37, Nazi Germany’s most feared piece of artillery during World War II. Allen owns three of the estimated two dozen left in the world, and his are all in full working order.

“The 88s were the first thing we got, right?” Allen asks Adrian Hunt, the curator of his museum, a half-hour drive from Seattle. “When my father came under fire in World War II, that was actually the thing that fired at him.”

Allen’s late father, Kenneth, landed in Normandy the day after D-Day. In 1945 he and his fellow infantrymen of the 501st Quartermaster Railhead Company were bombarded near Remagen, Germany, by Nazi soldiers firing 88s loaded with 20-pound shells. Kenneth Allen survived. He returned from overseas more taciturn than when he left, with a Bronze Star and haunting memories of comrades who would never come home.

For the complete story by Clare O’Connor of Forbes, click here.