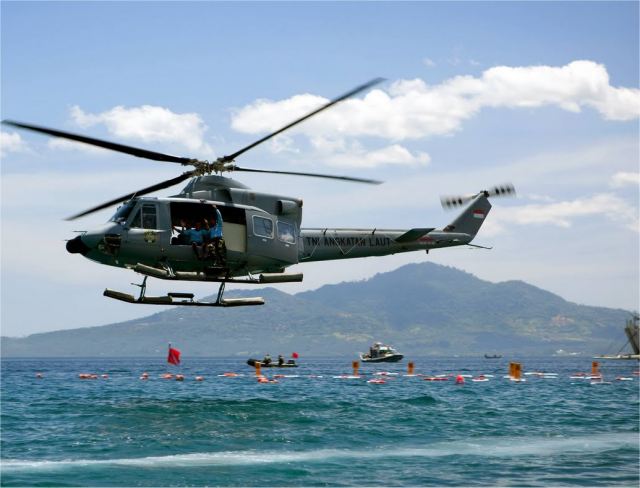 By The Jakarta (Indonesia) Globe

An Indonesian army helicopter that went missing over the jungles of Borneo on Wednesday made an emergency landing because of bad weather: all 10 people on board were found safe, the army chief said on Thursday.

“The pilot, Capt. Paul Maraden Simatupang, and co-pilot, Second Lt. M. Kholic, decided to make an emergency landing in Long Suit village because of bad weather in the area,” Army Chief Gen. Budiman said. “All aircraft crew have been found, including seven members of the Raider 100 infantry battalion. The aircraft is also in good condition.”

Long Suit is a village in the Mentarang Hulu subdistrict of Malinau district in North Kalimantan. The seven infantry members were traveling on the Bell 412 to relieve seven others manning a border outpost in Long Bawan. Budiman said that the helicopter, which went missing some 15 minutes after taking off from Tarakan airport at 1:30 p.m. on Wednesday, would return to Tarakan as soon as the weather improved.