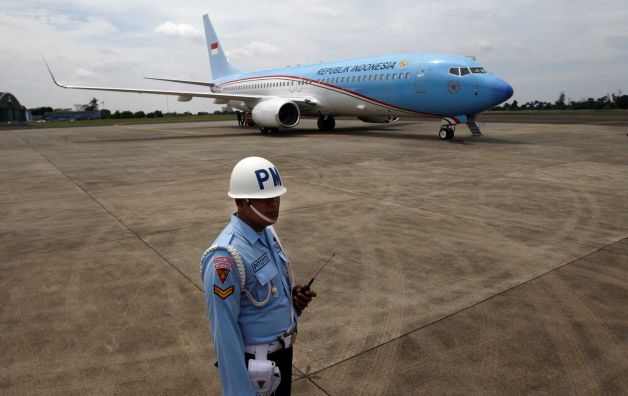 The Boeing 737-800, a Boeing Business Jet (BBJ) 2, landed at Halim Perdanakusuma air force base, in the eastern part of Jakarta, to a welcoming ceremony presided over by State Secretary Sudi Silalahi.

The plane, named Republik Indonesia, was to have arrived late last year but was delayed after the government requested customized designs. Silalahi says the plane will go into official operation after it receives a certificate from theMinistry of Defense.