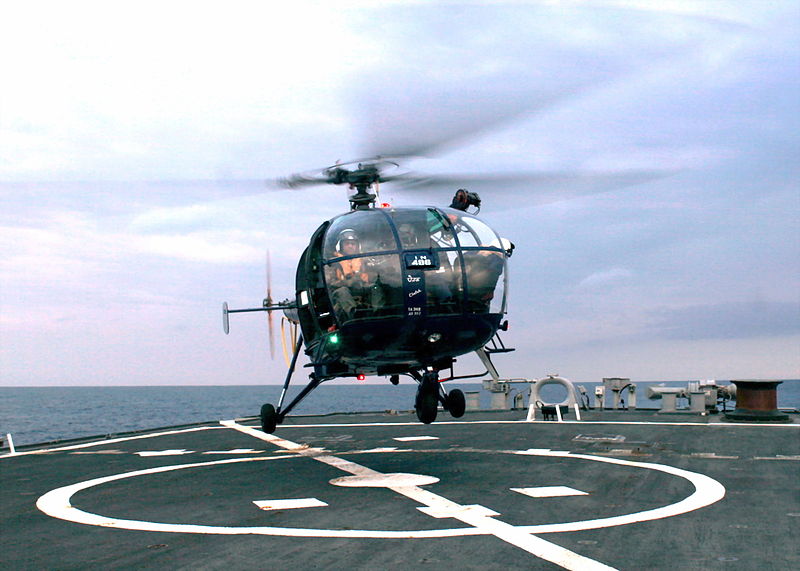 An Indian Navy Chetak helicopter with four personnel on board crashed into the sea off the Vishakhapatnam harbour on Tuesday. Two crew members were rescued while the fate of two others is unknown, officials said.

The chopper, an Indian-built version of the Aerospatiale Alouette III, was said to be on a training sortie when it crashed off India’s southeast coast at 3 p.m., but had apparently lost radar contact for over an hour. The Navy has pressed into service its helicopters and ships to search for the missing personnel, they said.

The Navy has ordered a board of inquiry to investigate the reasons behind the crash, according to the officials. In a similar crash in October last year in Panaji, three naval personnel, including two pilots, had died when their helicopter crashed at the Dabolim airport while landing.

The Cheetah, based on another Aerospatiale rotorcraft, and Chetak choppers are the vintage of the 1960s and the 1970s and are the mainstay of the armed forces for ferrying small groups of personnel and light loads.

The Navy has initiated the process for acquiring 56 new light choppers for replacing the vintage choppers.

By the Press Trust of India via The Indian Express