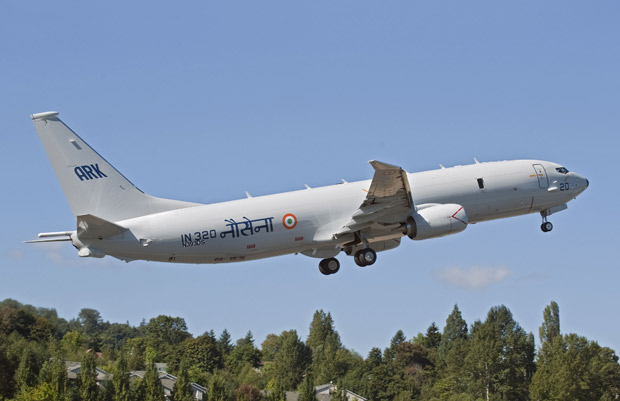 The Indian Navy took delivery of its first Boeing P-8I maritime patrol aircraft in Seattle on Wednesday. The 737-based twin jet is designed for long-range maritime reconnaissance and anti-submarine warfare, according to Boeing’s defense unit. It’s the first of eight planes ordered by India and will carry anti-ship missiles, depth bombs and torpedoes.

The I model is a variant of the U.S. Navy’s P-8A Poseidon, itself based on Boeing’s popular 737-800. The first of 13 P-8As was delivered last March. The Navy intends to eventually purchase 117 Poseidons to replace its venerable Lockheed P-3C Orion, a four-engined turboprop that entered service in the late 1960s. Like its successor, the Orion is based on a civilian airliner, the Lockheed L-188 Electra.