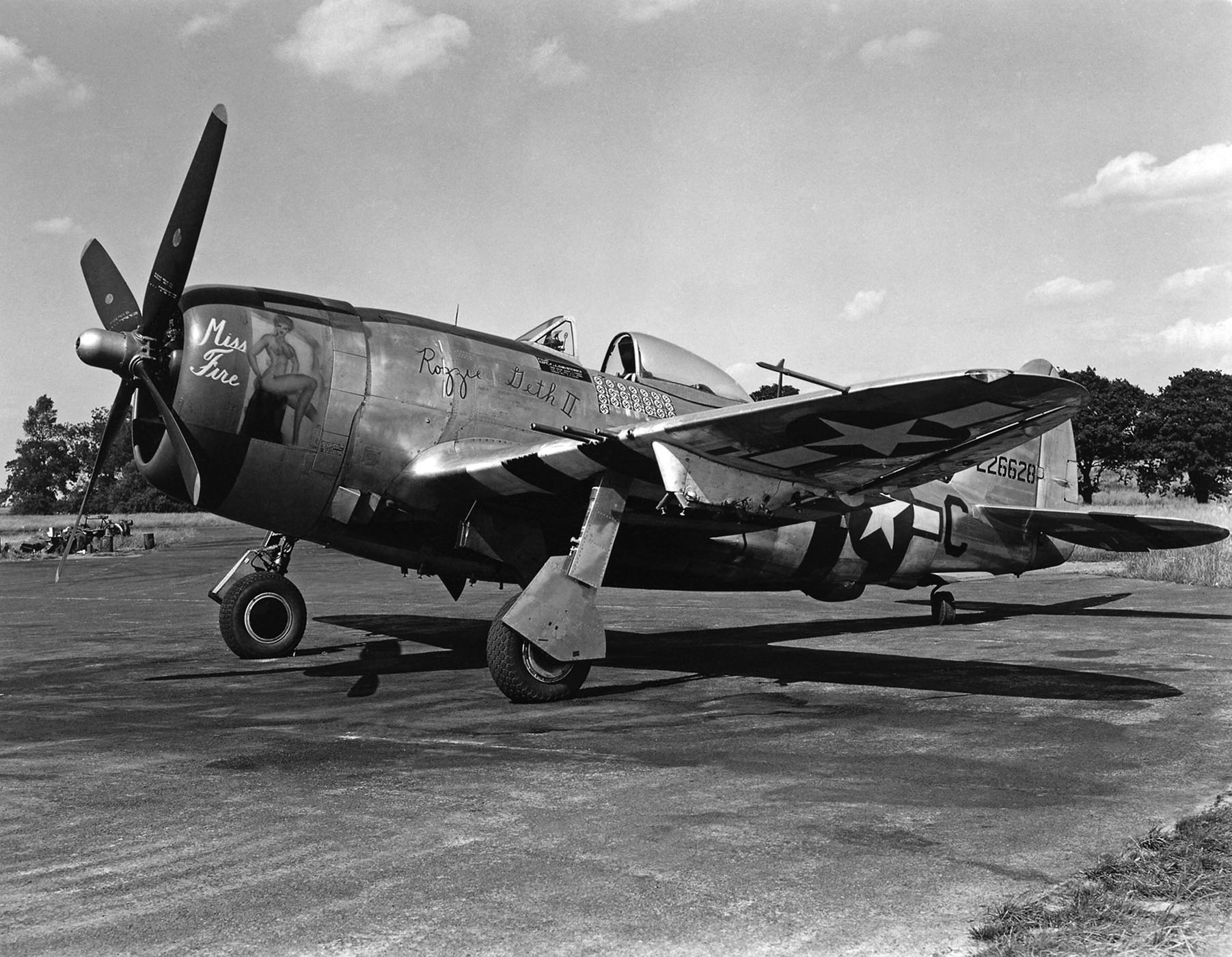 Seventh ranking American ace of the European Theater, Capt. Fred J. Christensen, Jr. stands with the other legends of the 56th Fighter Group that brought the Republic Thunderbolt into service and remained true to their charge until the VE-Day victory.

As with many WW II fighter pilots, Christensen’s dream of finding himself in that exclusive position began early in life, as he earned his wings at age 15. Prior to enlisting in the cadet program, he pursued music and engineering degrees in Massachusetts, but the call of his country led to his commissioning and assignment to pursuit pilot training in December 1942. By July 1943, he was undergoing P-47 transition at RAF Atcham in the UK and further assigned as a replacement pilot with the 62nd Squadron of the 56th Fighter Group in August.

Christensen’s first score was against a Bf 110 over Papenburg, Germany, in late November. By the following February, he had achieved ace status with a Bf 109 kill, and another six by mid-March further cemented his mastery of the Thunderbolt. With the 56th primarily dedicated to bomber escort, the 62nd overflew the primary invasion activities, but his promotion to captain found him leading the squadron on July 7 when opportunity would bring him his most fortunate combat experience. Overflying the German airdrome at Gardelegen, he observed numerous parked aircraft and descended to find himself among a flight of Ju-52 transports. In three minutes, Christensen downed six of the hapless targets with three more taken out by a wingman, even experiencing a fuel-starved engine and re-start during the encounter!  The Junkers were his last victories but firmly counted him as the group’s number-four ace with 21 1/2 victories during 107 combat sorties.

As pictured here in late July 1944, Miss Fire/Rozzie Geth was the second P-47 that carried the likeness and nickname of a former pre-war flame from Wellesley College, Rosamand Gethro. Christensen was also noted for his interest in acquiring local stray animals. One particular black cat, named Sinbad, became his good luck charm that reputedly accompanied him on some missions and was taken back to the States at the end of his tour in September 1944.

Post-war, Christensen attempted to return to his former passion as a trained jazz musician, but the realities of married life led him back into the military in 1947, where he joined the full-time Massachusetts ANG at Logan Field until 1961, and later the Air Force Reserve, retiring as a colonel in 1970. His decorations include the Silver Star, DFC, and the Air Medal. Christensen passed away in 2006.