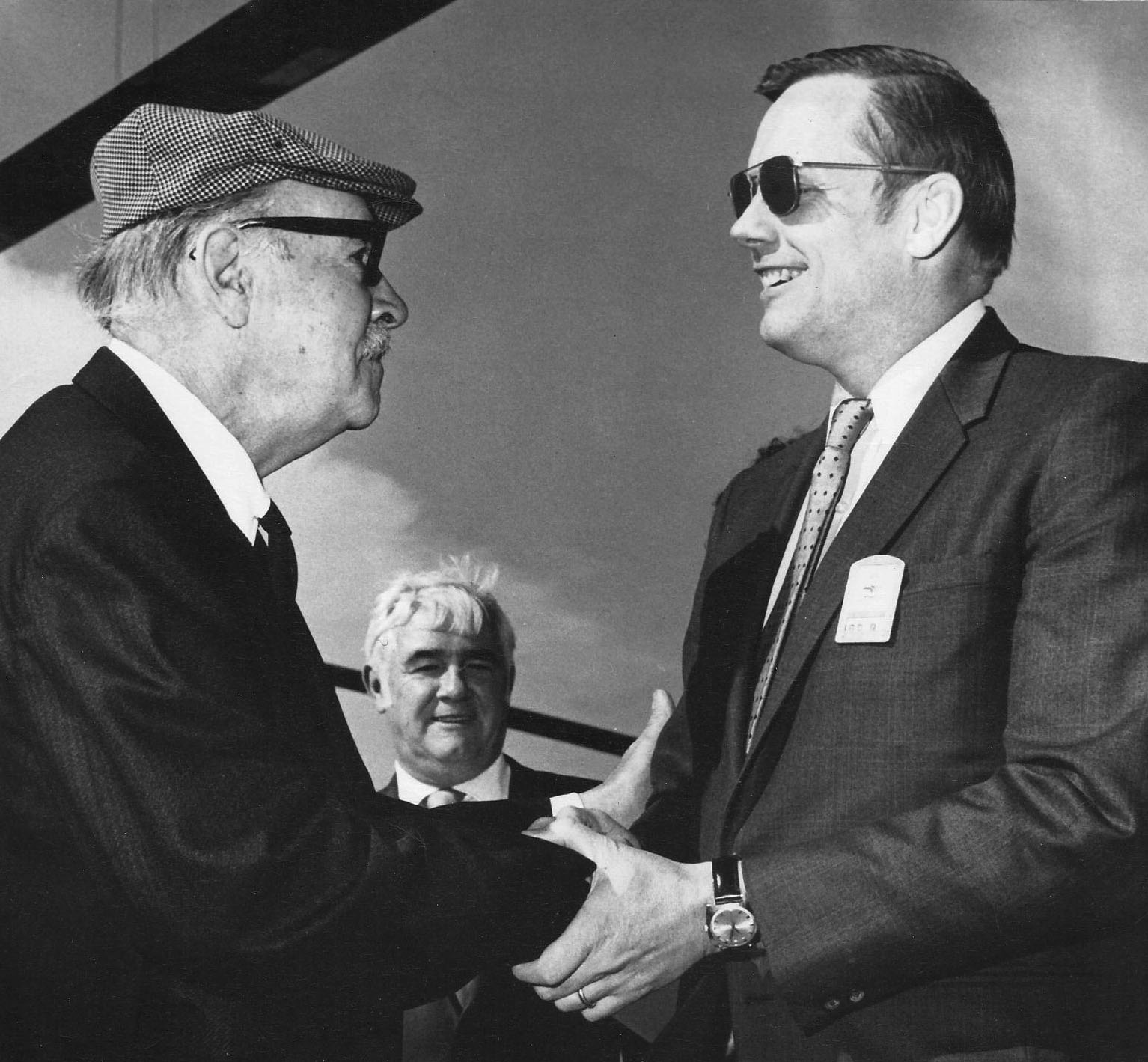 By  Sergei I. Sikorsky

Few technologies have had such a rapid development and such a powerful impact on mankind as the invention of the airplane. Also, few new technologies were greeted with such enthusiasm by the general public and by such skepticism by the scientific community. It is enough to recall the comments of a noted New York newspaper after the crash of Professor Langley’s “Aerodrome” into the Potomac River. In its editorial of October 9th, 1903, the newspaper sharply criticized Professor Langley and the Smithsonian Institution for wasting taxpayer money on the experiment. It concluded by asserting that it will take between one and ten million years of research before a flying machine will be developed. Less than two months later, the Wright brothers flew at Kitty Hawk. In mid-December of 1903, a few wire services hesitantly carried the news of the flights. Another major newspaper commented as follows “…When a reputable scientist can prove with irrefutable logic that man cannot fly, why should the public be fooled by silly stories about two bicycle repairmen who haven’t even been to college?”

As the son of aviation pioneer Igor Sikorsky, I listened, fascinated, by his description of aviation in the early days of 1910-1912. There were plenty of scientific “naysayers,” even after the airplane had become a reality. One of the prevailing “facts” was that there was an upper limit to the maximum weight of an aircraft of about 2,000 pounds. After all, nature proved it by the fact that the ostrich was the heaviest bird on earth, but it could not fly. With obvious satisfaction, my father would relate what a storm of scientific criticism greeted his proposal to build a four-engined, 8,000-pound gross weight aircraft. At the ripe old age of 24 years, he was going against the prevailing opinion of some of Europe’s most respected aviation authorities, for whom the “one ton law” was indisputable. Despite many sleepless nights while he checked and rechecked his calculations, the “Grand” was finally ready for flight in the spring of 1913. With Igor Sikorsky at the controls, the “Grand” lifted into the air and flew into aviation history as the world’s first four-engined aircraft to fly successfully.

Its innovations included a fully enclosed flight deck for two pilots and a comfortable cabin with room for up to eight passengers. The secret to its success was Igor Sikorsky’s intuitive insistence on a high aspect ratio wing of 12:1, despite the weight and drag penalties. This “intuitive engineering,” as my father defined it, would help him solve many challenges during his career. The aspect ratio factor is remarkable, since my research shows that wing area, and airfoil theory were being slowly understood by 1912, but the importance of aspect ratio was largely unappreciated. Another aspect of the “Grand” worthy of note is that this large, four-motored “airliner” established a number of records, including carrying eight passengers over St. Petersburg, Russia, during a flight that lasted just over two hours. All this, just nine-and-a-half years after the Wright brothers first flew at Kitty Hawk!

As I grew older, I clearly remember questioning my father about new scientific impossibilities then regarded as absolute barriers. In the late 1930s and early 1940s these barriers included: A maximum speed of some 400-450mph would be reached by research aircraft, but the average civil and military aircraft would remain at 250-300mph due to engine and propeller limitations. The (then) aviation authority, the CAA, had an arbitrary landing speed limit of no higher than 65mph for civil transports in the mid-1930s, since it was the opinion of the experts that the average airline pilot could not safely cope with higher landing speeds. Commercial airliners would probably operate at 10,000 to 12,000 feet altitude since higher cruising altitudes would require some form of pressurization with unacceptable weight penalties. And every aviation expert knew how rapidly piston engines and propellers lost power at altitudes above 25,000 feet, making supersonic flight an impossible dream.
Igor Sikorsky did not believe in those barriers. He remained an “intuitive engineer.” In January of 1930, a long-gone newspaper, the New York Telegram, published a series of interviews asking various New Yorkers to guess what New York would be like some 50 years in the future, i.e. in 1980. Among them was Igor Sikorsky. In that interview, he made a number of uncannily accurate predictions. Among them were the following:

New York would be a major aviation hub, with airliners departing for the far corners of the world. The airliners would be giant, all-metal aircraft “carrying hundreds of passengers. Travel would be comfortable and the passengers will feel as if the craft were entirely motionless. In the heated and nicely arranged interior the rooms of the ship will be kept at a constant atmospheric pressure of say, two-thirds that of ground level. There will be no air pockets (as turbulence was called in 1930) and no motion will be felt except for a slight vibration given by extremely powerful motors, or rather turbines!” Flight times between Europe and New York would be six to eight hours.

This is pretty heavy technical prediction, when one considers that it was made some three years before the advent of the Douglas DC-3. Being an optimist, Igor Sikorsky never imagined the arrival of the coach class or economy seat.

Fortunately, his vision of aviation was shared by a small number of talented designers. In the late 1930s, the turbine and the liquid-fueled rocket engine were developed. Perfected in the last days of World War II, they forever changed the post-war world. Some changes went almost unnoticed. Sometime in December of 1951, airline passenger-miles topped railroad Pullman passenger miles in America, 10.6 million to 10.2 million. In December, 1958, more people (1.2 million) crossed the Atlantic by air than by ocean liner. In 1961, Russia startled the world when Yuri Gagarin first orbited the earth. Then, in 1969, Neil Armstrong walked on the moon and another “impossible” achievement became a reality.

As a child, Igor Sikorsky was told that man would never fly. He lived to become an aviation legend in his own right and to meet the first man to walk on the moon. He gave me the following advice:

“In aviation and science, use the word impossible with the greatest of caution.”