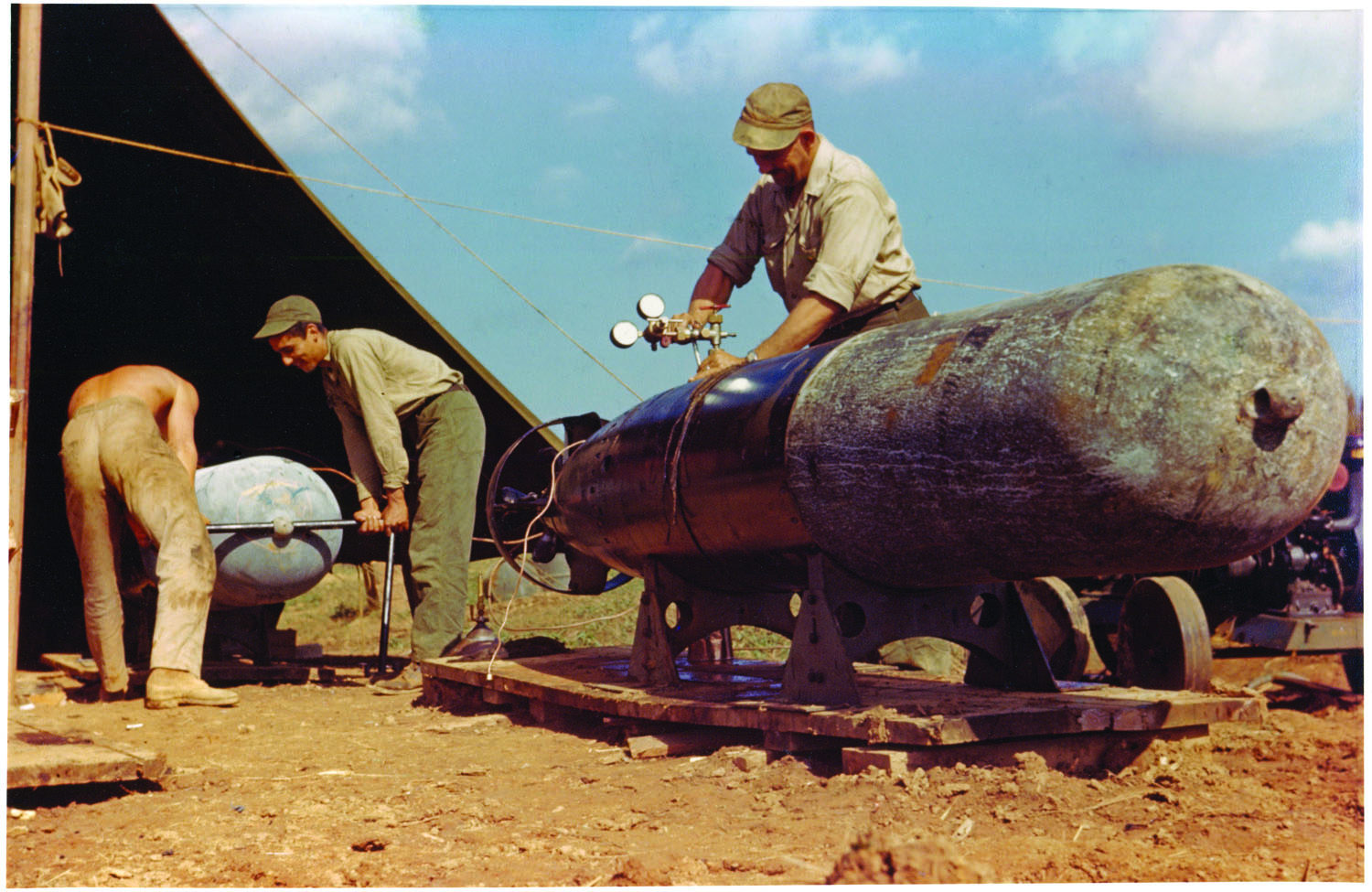 The U.S. naval ordnance bureaucracy did some things well in WW II, and some things incredibly poorly—none moreso than torpedoes.  The failure to test a primary fleet weapon adequately—even after its failings were known—appeared criminally negligent.  Both submarine and aircraft torpedoes were scandalously ineffective in 1942-1943.

Product of an on-again, off-again program, the Mark 13 aerial torpedo was developed from 1927-1936, with fleet introduction in 1938.  Prone to failure upon water entry and thereafter, drop parameters were limited to 50 feet and 110 knots.  Naturally, “torpecker” crews were concerned about exposing themselves to flak, automatic gunfire, and enemy fighters under those conditions.  Even after wartime improvements, tests showed a 69% failure rate if dropped faster than 150 knots.

Lacking in the nautical brew was accountability. A U-boat historian has noted that German engineers who designed defective detonators went to prison, while ours became admirals.  In fact, the chief of the Navy Bureau of Ordnance when the Mark 13 was designed became Fleet Admiral William Leahy, President Roosevelt’s White House chief of staff.

Nearly all the torpedo innovations during WW II came from industry rather than the “ordies” at the Newport Torpedo Station.  The best example was the acoustic-homing “Fido” antisubmarine weapon, developed in part due to the fabulously beautiful and extremely smart actress Hedy Lamarr.

Several things could scuttle a torpedo: failure to run; erratic depth control; improper heading; and failure to explode.  Some just sank for no obvious reason.  Mark 13s did help sink some important ships, including the carrier Shoho at the Battle of the Coral Sea in May 1942, and the battleship Hiei off Guadalcanal in November. But as one TBF skipper said, a Mark 13 was apt to run “like a wild hippopotamus with its head above water,” veering any way but toward the target.

In vivid contrast, Japanese torpedoes proved supremely reliable and effective, even with smaller warheads than the American weapon.  The Mark 13’s counterpart, the early Type 91 dating from 1931, could be dropped safely from 200 feet at 175 knots, with wartime improvements ensuing.  Type 91s were used with devastating effect at Pearl Harbor, Coral Sea, Midway, and the Guadalcanal battles.

Late-war fixes finally made the Mark 13 a viable weapon.  The “ring tail” version with a shroud around the propellers and a cone protecting the nose did much to improve performance and accuracy.  Avengers sank Japanese carriers and battleships in 1944-1945 with reliability approaching 100 percent.

Perhaps most remarkably, the 13’s last combat use was against a North Korean dam in 1951 (Check out R.R. “Boom” Powell’s article, “The Last Torpedo” in the April 2013 issue of Flight Journal).