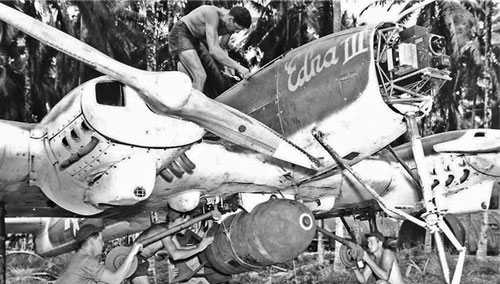 In 1908, novelist H. G. Wells wrote The War in the Air, anticipating aerial fleets scourging enemy populations with weapons of undreamt power and accuracy. As an amateur scientist, he probably knew something about cathode-ray tubes, although he probably did not real­ize how they would ultimately influence aerial warfare.

A century en route
Experiments with cathode-ray tubes began in Europe circa 1897, with the first practical television transmission in Japan in 1926. Germany began thrice-weekly broadcasts in 1935, with America’s first commercial broadcast the following year. Regularly scheduled broadcasts in the United States began in 1939.

American ordnance engineers recognized the potential of TV guidance, especially in the era when heavy bombers did well if they put half their bombs within 1,000 feet of the aim point. The U.S. Army Air Force’s GB-4 was based on the one-ton GB-1’s flight surfaces and warhead with TV camera and remote guidance. First deployed against German submarine pens in France during 1944, it required good weather, but the bomb was insufficient to dent the huge concrete structures. 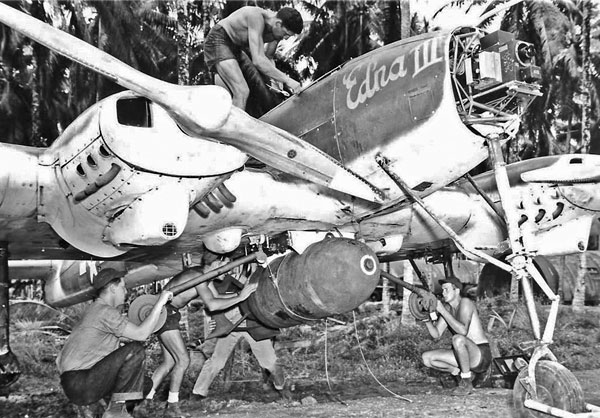 Interstate TDR-1 “Edna III” assigned to STAG-1 is readied for a practice mission at “Sunlight” fighter strip on Bakina Island. The next day (July 30, 1944), she and three others bombed a Japanese freighter beached on a Guadalcanal beach. Schwinn Bicycle built the steel tube fuselage, wings were wood, and the engines were 220hp six-cylinder Lycomings. The controller was usually in a TBM following behind. (Photo courtesy of Jack Cook)

A better-known alternative was Project Aphrodite, converting war-weary heavy bombers into drones packed with explosives. A pilot and weapons expert took off in the laden bomber, accompanied by a guidance aircraft. Once the plane leveled off, the bomber pilot released control to the “mother ship,” whose drone controller viewed the bomber’s instrument panel via TV. The ordnance man armed the explosives, and both crewmen bailed out over England, allowing the bomber and controller to proceed as briefed. A nose camera in the bomber allowed the controller to guide the “air vehicle” to the target.

Fifteen Aphrodite missions were launched from Britain between August 1944 and January 1945, targeting German facilities in northern Europe. The missions involved two dozen aircraft, of which about 15 crashed, exploded prematurely, or were shot down by flak. No worthwhile targets were destroyed.
At least four Aphrodite fliers died, including the U.S. Navy crew of Lt. Joseph P. Kennedy Jr. and his ordnanceman, Lt. Wilford J. Willy. Their Liberator exploded in flight, possibly due to stray voltage.

The Navy’s Interstate TDR-1 was an alli­ance with RCA, and was first flown in 1942: a twin-engine “assault drone” with a cockpit for ferry and training use. About 200 were built with one operational unit, Special Air Task Group One, briefly committed to combat in the upper Solomon Islands in late 1944. Guided by controllers in TBM Avengers, about 50 TDRs were launched, with a claimed hit ratio of some 60 percent. They also dropped ordnance by remote control rather than dive into designated targets.

During the Korean War, drones, such as the modified F6F-5 Hellcat, were briefly
used, but they were visually guided. The future beckoned. Read the full article from the February 2016 issue of Flight Journal, click here.