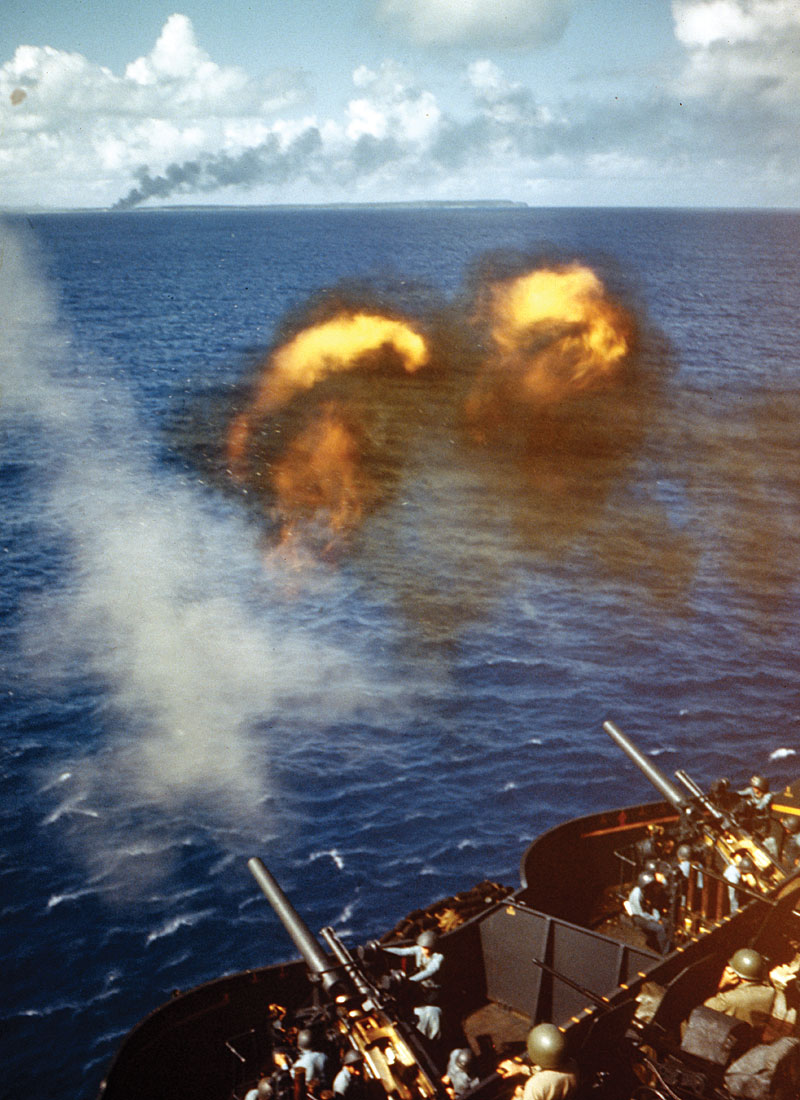 Proximity fuzes vexed AAF General Hap Arnold during World War II. The United Sates had them, the Germans were working on them, and the prospects for heavy bomber formations were not good if Germany perfected theirs. Before proximity fuzes, the problem facing antiaircraft gunners at long range was to estimate distance and altitude for pre-set fuzes, and to place enough rounds in the sky where a warplane was expected to pass. Proximity fuzes changed all that; they exploded, as the name implies, when in proximity to the target.

Initially a Navy-oriented research project that piggybacked on pioneering British developments, the first American proximity fuzes in combat were fired from shipboard antiaircraft guns in January 1943. The cruiser USS Helena did the honors, successfully defending itself against Japanese Aichi 99 “Val” dive-bombers by hurling proximity-fuzed antiaircraft artillery rounds at the onrushing aircraft. Warfare changed dramatically that day with no fanfare as the Americans strove to keep their successful invention secret for as long as possible.

The proximity fuzes used miniaturized and ruggedized radio transmitters that sensed proximity and relative motion to an object such as an aircraft in flight and detonated within lethal distance of the target. Any duds tumbled down to the bottom of the sea, taking the secret of their mechanism with them. Sometimes the Navy even broadcast spurious radio signals in an effort to conceal the detectable hum emitted by proximity-fuzed shells, lest the technology be revealed to enemy listening posts.  Even the name given to the first proximity fuzes — called VT fuzes — was vague to help keep the secret. VT stood for Variable Time fuze, and did not reveal its proximity-detonating capabilities.

In the era of vacuum tube radio technology, the Sylvania company became the go-to source for ruggedized tubes that could withstand the extreme g-loadings of artillery fire. The intricate workings of the proximity fuzes initially included dry cell batteries to power the fuze’s radio transmitter; when further miniaturization and long-term storage of production fuzes was contemplated, the scientists and engineers developed a battery that would not combine its electrolyte and electrode materials until the round was fired, with the impact of firing breaking ampoules of electrolyte. The fuzes also would not arm until they had cleared the barrel of the antiaircraft gun — a feature the developers explained to nervous gunners.

Development of proximity fuzes in the U.S. ranged from early artillery shots in Virginia to the use of wooden towers at Kirtland Army Airfield in New Mexico, where aircraft were suspended and fired upon as the VT fuzes were perfected.

Initially embargoed from shore use to protect the secret of the design from enemy capture, the Army later received proximity fuzes that changed the lethality of artillery fire by enabling air bursts just above German forces. General Patton is said to have praised these “funny fuzes,” but some postwar Army studies are more modest in the claims made for their use in the Battle of the Bulge.

In the absence of proximity fuzes, German antiaircraft artillery had to rely on pre-set detonation altitudes and dense patterns of fire to down American B-24s and B-17s. In stark terms of economy, the Germans figured it took 4,000 rounds of traditional flak, at a cost of 100 marks apiece, to down a single aircraft. Hap Arnold knew how much more effective American antiaircraft coverage had become since the introduction of proximity fuzes in 1943, and the prospects of Germany having this device was chilling. German developments included unfielded efforts to perfect an acoustic proximity fuze that sensed the sound and nearness of aircraft motors.

The specter of revitalized German antiaircraft capabilities from such technologies as proximity fuzes and jet- and rocket-propelled interceptors made the last year of the European war a test of American production and fortitude versus German technologies. Relentless and intellectual target selection by the Allies did much to keep Germany from adequately fielding high-technology weapons in a race to victory that was ultimately won at least in part by America’s ability to absorb attrition and keep on fighting. But widespread fielding of German proximity-fuzed flak and rockets might have been a game-changer.

A number of nations had considered the potential for dropping bombs on bomber formations to break them up, but the reality was less effective than the idea, because it required either direct hits or carefully timed fuzing.  Now, the thought of proximity-fuzed antiaricraft bombs in the hands of Germany concerned Hap Arnold. Yet General Earle E. Partridge, Third Air Division Commander in Europe, said in a 1969 interview that the notion of aerial bombs with proximity fuzes bothered him less than the prospect of Germany mating a proximity fuze to its large flak guns: “They would have given our formation a drubbing from the ground without having any bombs.”

Intelligence information available to General Spaatz on February 20, 1945 predicted the Germans could not get a proximity fuze into production in less than six months if American fuze technology was compromised. Such a compromise may have taken place during the Battle of the Bulge in December 1944; at any rate, the timing of suspected first German capability was not far from an estimate by Reichsmarschall Hermann Goering in postwar captivity.

The interrogation of Goering by American officers on May 10, 1945, came at a time when American B-29 and B-24 formations were keeping pressure on Japanese targets in the Pacific. Gen. Carl A. Spaatz, commander of strategic air forces in Europe, participated in the interrogation, asking Goering: “Have you any knowledge of a proximity fuse?” Goering responded that the German fuze would have been in production “in three or four months.”

General Spaatz’ follow-up question was telling: “Has Japan the designs of this fuse?” Goering’s reply was a mixed bag: “I do not think so because it was not yet in production and we never gave them anything unless it was in production. The Japanese have had the designs of the Me 262 for some time.”

Spaatz and Arnold did not have to deal with operational German proximity fuzes. Aging B-17s and B-24s continued to carry the war to Germany, winning the race against time that saw some promising German technologies trumped by overwhelming American force.

American proximity fuzes proved lethal against Japanese aircraft attacking naval ships, as well as against buzz bombs and German army units. Variations were developed for bombs and rockets. A Navy study said VT-fuzed projectiles, used in only 35 percent of 5-inch anti-aircraft rounds, were responsible for 50 percent of 5-inch kills during World War II.