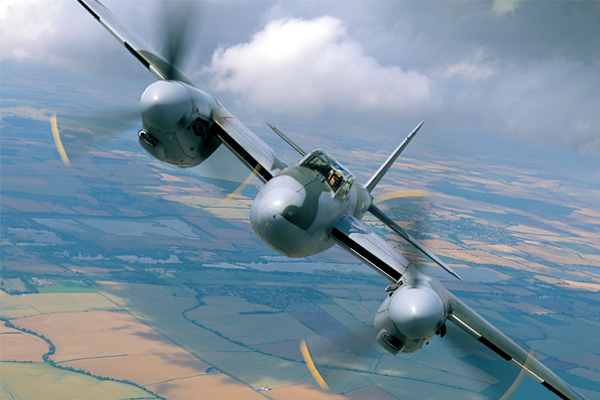 Memories of a Night Intruder Pilot

The seemingly endless air war over Europe did not stop when the sun went down. The skies over England came alive almost every night as British Bomber Command sent wave after wave of medium and heavy bombers to selected targets all over the Nazi-controlled continent. These bomber crews had to deal with an onslaught of blinding searchlights, deadly flak and the ruthless Night Hunters of the Luftwaffe. The Germans had perfected the use of aerial electronic equipment in their single- and twin-engine fighters to assist them in locating the British bomber stream. To counter the Luftwaffe’s nightly terror reign over the incoming bombers, twin-engine de Havilland Mosquito fighter-bombers were sent out to seek and destroy the Luftwaffe night fighters. Here is the story of one such pilot who became an ace while hunting the hunters.

A chance meeting started it

In the summer of 1941, my mother and father had warned me about the dangers of hitchhiking, or taking rides from strangers, before I made my way across the U.S. from my home in Seattle. As I headed east with my thumb hanging out over the road, a fellow American who happened to be a sergeant pilot in the Royal Canadian Air Force (RCAF), picked me up. As we drove across the country, the sergeant filled my head with flying adventures and told me that the RCAF was actively enlisting Americans.

When he finally stopped the car to let me out, I did a 180-degree turn and headed back home to get my parents to sign a letter of permission. Soon afterwards, I found myself in Canada as a new recruit with the RCAF. In early 1943, I was reassigned to combat and told I would be flying the Mosquito. Heck, I didn’t know what a Mosquito was, let alone had ever seen one in Canada. I was just content to be able to fly something.

To read more, click the link to open the PDF: Hunting the Hunters