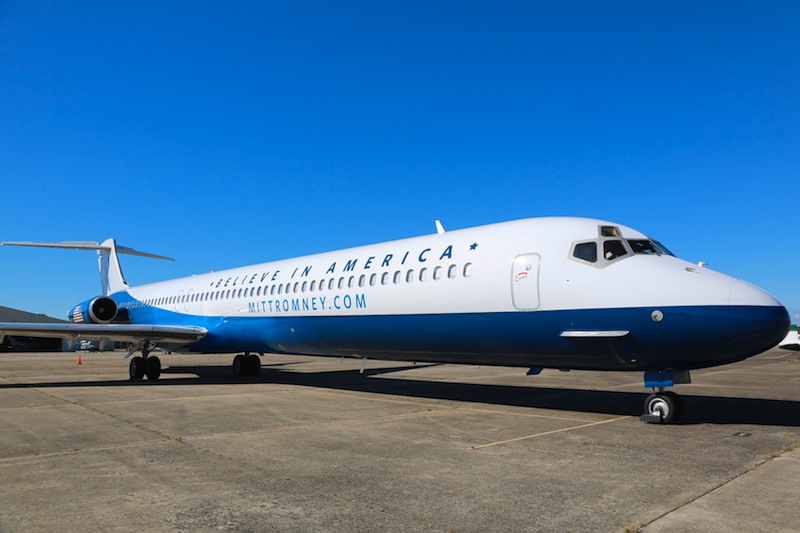 After Election Day, the work of tearing down a presidential campaign begins. Field offices are dismantled. Bunting and balloons are junked. And a small company in Michigan gets back its airplane.

Since the end of the Republican National Convention, Mitt Romney has toured the country in a personalized McDonnell Douglas MD-83, where the tail fin sports his logo and the headrest on his seat is embroidered with “The Gov.” The plane is operated by USA Jet Airlines, a subsidiary of privately held Active Aero Group, with headquarters in Belleville, Mich. Before another client can fly tail number N949NS, it must first be de-Romneyized.

Like all campaign aircraft, Air Romney has taken a beating as it lugs the Republican nominee and his entourage—family, staff, surrogates, reporters, cameramen, Secret Service agents, flight attendants, mechanics, and more—all day, every day, through battleground states.

The first step in turning it around, says Active Aero spokeswoman Bernadette Quist, is a thorough cleaning.