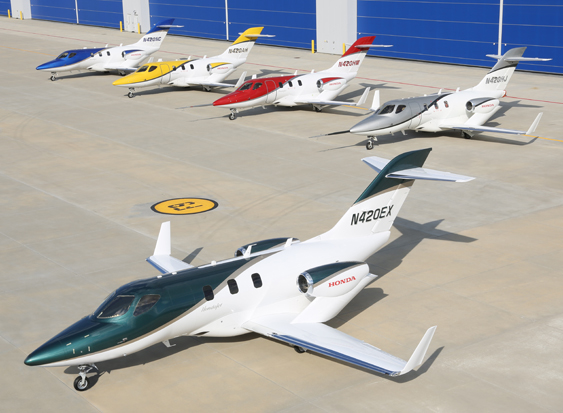 The HondaJet aircraft remains on pace for its long-awaited debut in the first quarter, with Honda Aircraft Co. revealing its first production model on Monday.

The company announced several achievements and milestones for the jet at the European Business Aviation Convention and Exhibition in Geneva, Switzerland. HondaJet is a light business jet designed to carry six to seven people.

The aircraft is being designed and built at a 600,000-square-foot facility on a 130-acre site near Piedmont Triad International Airport in Greensboro. Among the company’s operations are customer service, research and development center, and a production facility.

For the complete story by Richard Craver of the Winston-Salem (N.C.) Journal, click here.