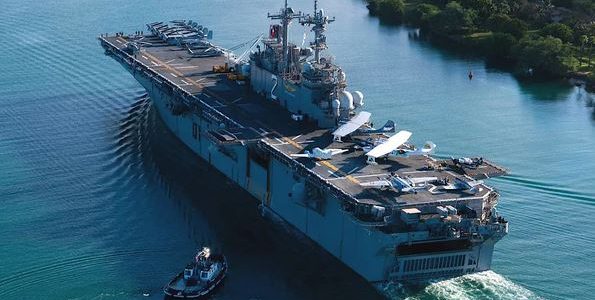 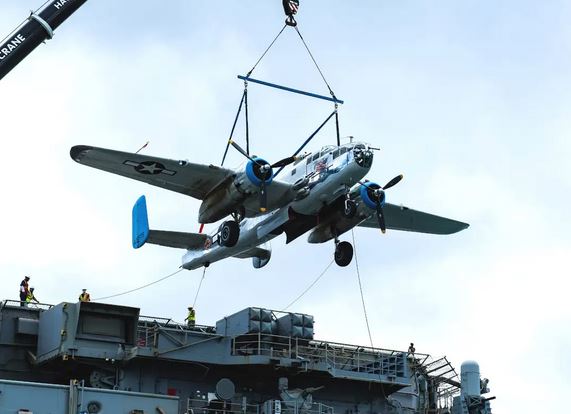 The aircraft, which include examples of the iconic P-51 Mustang fighter and B-25 Mitchell bomber, among others, will take part in events commemorating the 75th anniversary of the end of World War II. 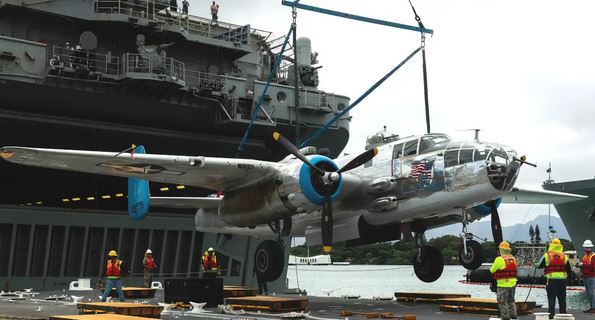 The USS Essex arrived at Hawaii’s Pearl Harbor, the site of the infamous Japanese attack on Dec. 7, 1941, with her unusual cargo to celebrate the final victory over Japan on Aug. 14, 1945, though Japanese officials would not formally surrender until Sept. 2. 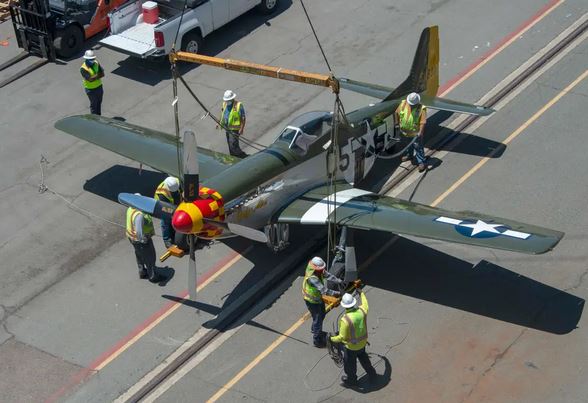 In addition to the P-51 Mustang and the twin engine B-25 Mitchell medium bomber, the full shipment of privately owned warbirds also included two Catalina flying boats, an F8F Bearcat fighter, an FM-2 Wildcat fighter, two AT-6 Texans and a Boeing-Stearman PT-17 biplane. 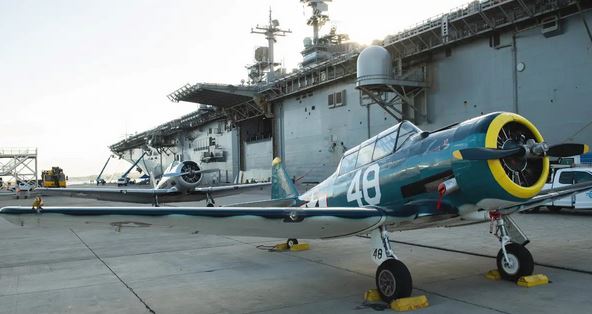 Personnel at Naval Air Station North Island in San Diego, California had loaded the aircraft onto Essex for the journey to Hawaii at the end of July. 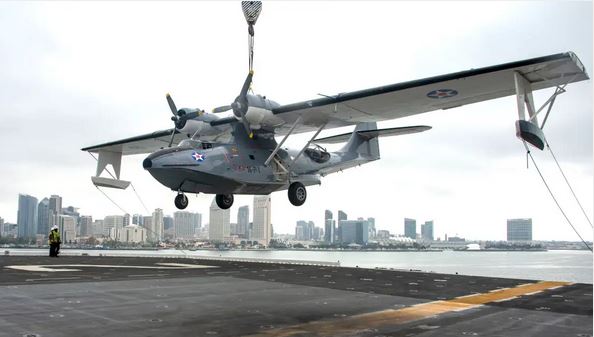 In some ways, the USS Essex reprised the role that some smaller Navy aircraft carriers fulfilled during World War II, helping to deliver combat aircraft from the United States to faraway destinations, including in the Pacific theater.

The celebration/flight demonstration is set for September 2nd over Pearl Harbor.

Set for September 2, the culmination of this historic event is to be performed over Pearl Harbor. Of special note, David Prescott’s B-25 Ol Glory was transported to Hawaii via the carrier Essex to participate in the flyover with a dozen other warbirds. KT Budde-Jones, Syd Jones and crew delivered the B-25 from Florida to San Diego and will be part of the crew flying the bomber for the events. Here are some photos of the 2,300 mile journey across country as well as great photos of the off load from the Essex pre-event.

By the Flight Journal Crew 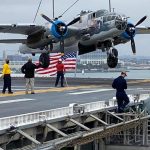 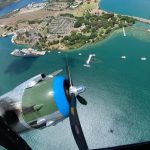 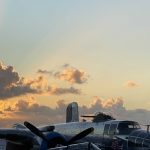 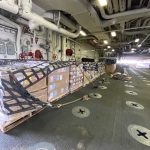 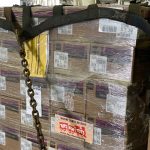 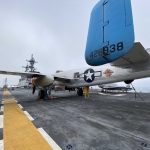 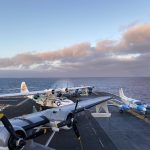 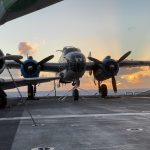 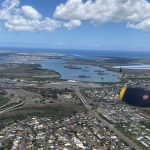 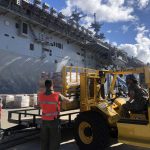 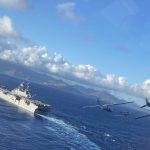