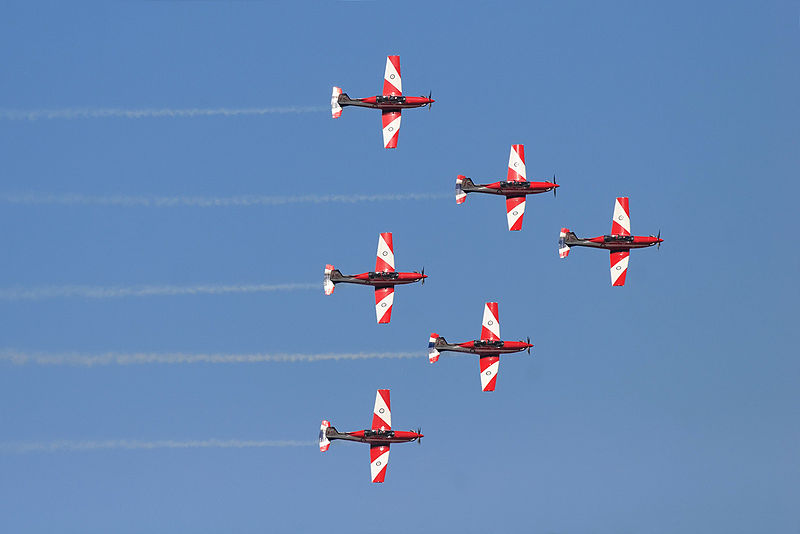 As many as 200 aircraft will retrace trail of the first crossing of Australia’s Blue Mountains in what organisers say could be among the largest flyovers in Australian history. Scheduled for May 25, the event will be part of the Blue Mountains Crossings Bicentenary 2013-2015 program marking the first recognised European crossing of the mountains by Gregory Blaxland, William Lawson and William Charles Wentworth.

Taking off from several sites around New South Wales including Royal Australian Air Force Base Richmond, organisers hope the flyover will include a wide range of aircraft from helicopters to small private fixed wing aircraft, World War 2 fighters and modern day military jets. Among the confirmed participants is the renowned RAAF aerobatic team, the Roulettes (shown above), and German aviation legend Matthias Dolderer.