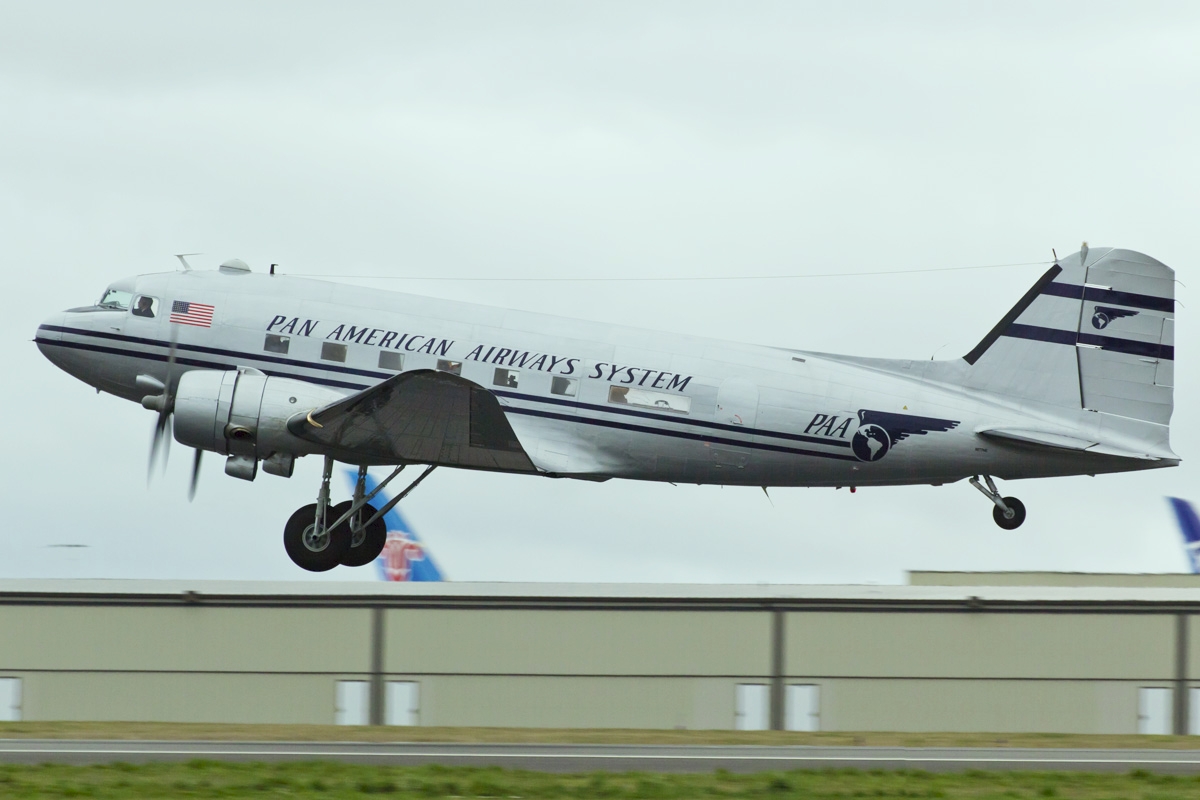 Paine Field (KPAE) in Everett, Wash., is home to a variety of both modern and vintage aircraft.  Though brand spanking new Boeing planes are built there and delivered to around the world, the vintage aircraft hopefully come to stay around for a while.

At the Historic Flight Foundation (HFF), there are some glorious classic aircraft that have been painstakingly restored and are much loved by not only their owner, but also the volunteers who look after them. One such recent arrival joining the collection is a beautifully restored Douglas DC-3, in Pan American Airways livery, that has a checkered past.  I was recently invited to check out the aircraft and was able to learn a bit more about its history.

Although N877MG now lives out its life parked on the ramp at HFF, its history began 1,200 miles away in Long Beach California when it was rolled out as a C-47B on July 31, 1944, and delivered to the China National Aviation Co. (CNAC). At the time, the CNAC was part owned by Pan American Airways but was also part owned by the Chinese government (still in existence today as the parent company to Air China). Destined to fly “The Hump” from the CNAC base in Calcutta India, over the Eastern Himalayas and into China. The aircraft was picked up in Miami by Pete Goutiere and began it’s long journey around the world.

For the complete story by Malcolm Muir for AirlineReporter.com, click here.