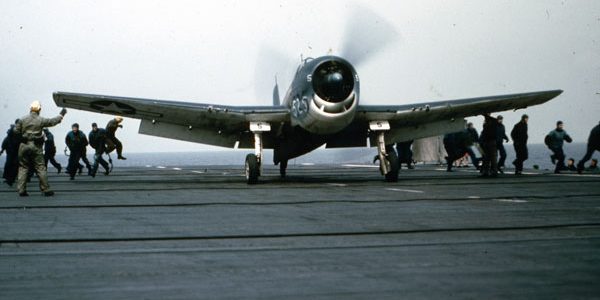 The mighty Grumman F6F Hellcat needs no introduction. It carried the fight to the enemy throughout the Pacific and emerged as the most successful fighter of the Pacific Theater of Operations. More important, it was the airplane that could be counted on to bring a pilot home almost regardless of the amount of damage it had suffered. Shown here during carrier qualification training on board CVE-30, Charger, the combination of the Hellcat and the Charger produced thousands of carrier qualified combat pilots. The Charger was originally built to be a passenger liner. However, before completion it was taken over by the USN and converted to escort carrier configuration. It was to be sent to England under Lend Lease. However, the USN again intervened and the USS Charger spent the entire war in Chesapeake Bay teaching pilots the fine art of landing on a moving ship. This image is  suitable for printing or use as wallpaper. 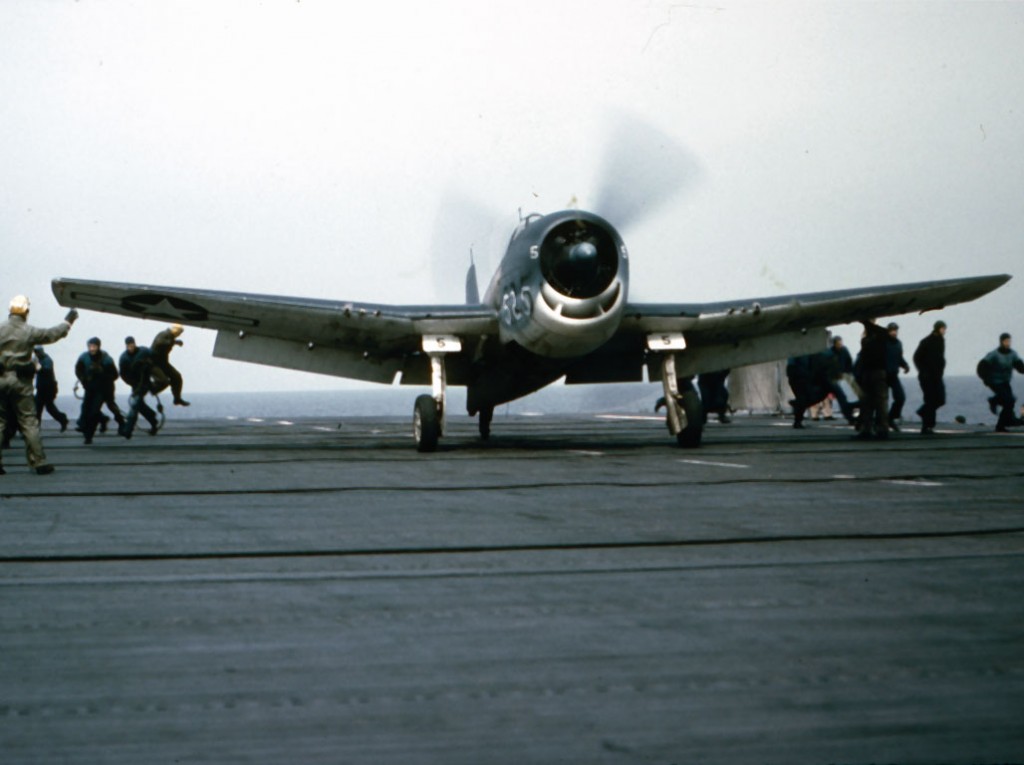