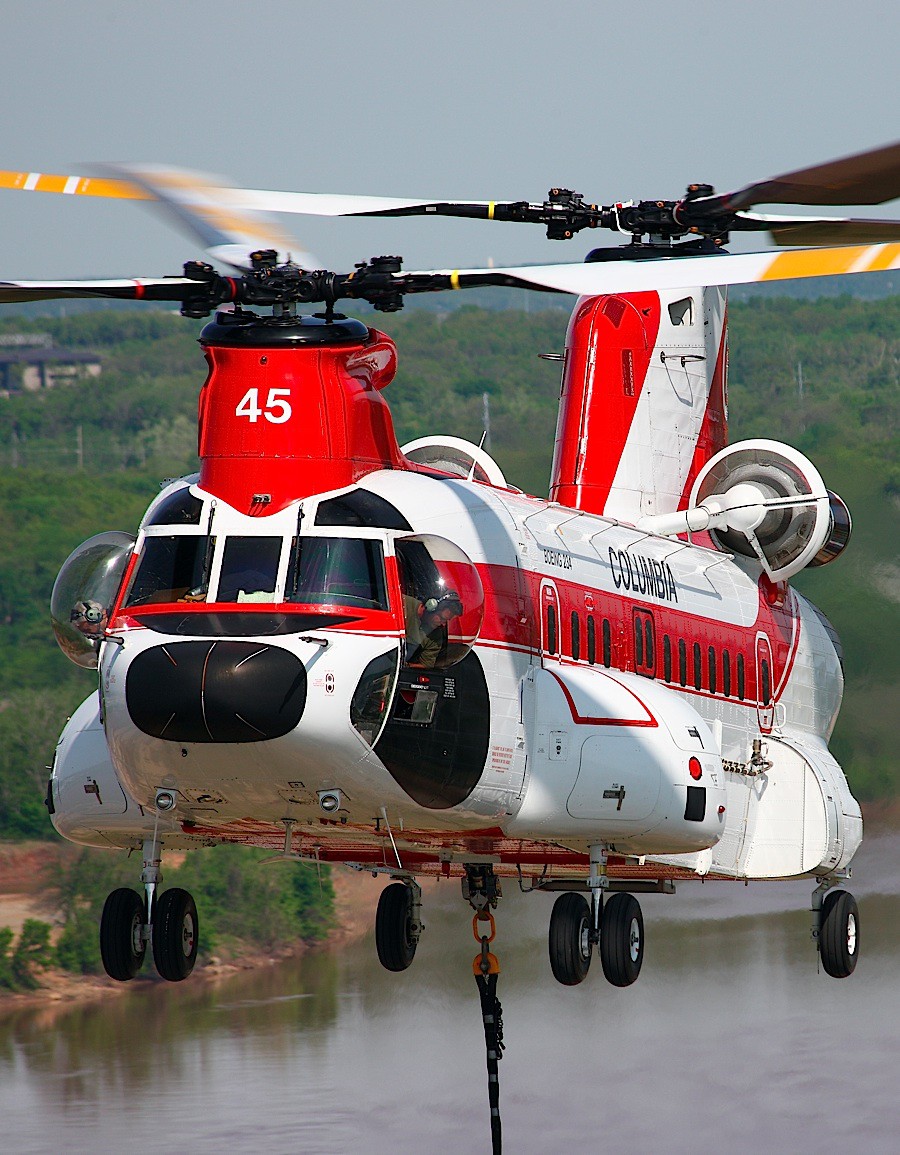 Apart from the billowing clouds of smoke that loom on the horizon and the smell of campfires, the clearest evidence that fire season has arrived is the sudden increase in air-traffic over Santa Fe, N.M. Helicopters towing tanks of water and fire-retardant chemicals constantly crisscross the city’s airspace, providing air support to the ground crews fighting the fires on foot.

“We can fly pretty much at sunrise to sunset,” said Galen Young, helibase manager with the New Mexico Incident Management Team. Young is in charge of a team of three helicopters based at the Santa Fe Municipal Airport to fight the Tres Lagunas Fire. Another team of three helicopters, including a twin-engine Boeing-Vertol 234 (the civilian version of the CH-47 Chinook), is also stationed at the airport to combat the Thompson Ridge Fire.

The helibase at Sierra Aviation’s offices on Aviation Drive covers a large portion of runway, where fuel trucks and long hoses delineate the individual launch pads where the massive helicopters refuel, take off and land.

For the complete story by Andrew Wilder of The Santa Fe New Mexican, click here.