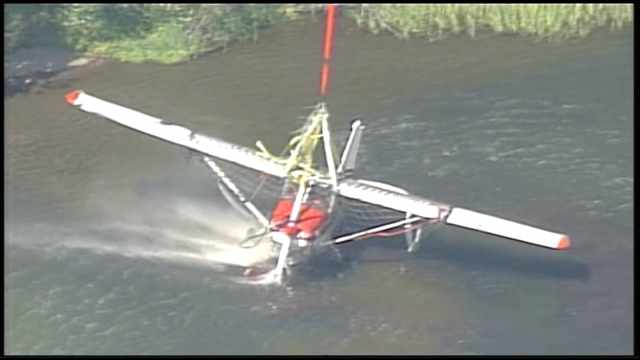 A plane that made an emergency landing in a Linn County lake south of Portland, Ore., was pulled out of the water Wednesday.

A helicopter lifted the single-engine Cessna plane that went down Aug. 18 at Marion Lake in the Willamette National Forest. KPTV-TV’s Air 12 was there as the plane was towed in the air to dry land. Deputies said the airplane flew out of Lebanon Municipal Airport that morning to look for elk hunting areas. The plane began experiencing problems and then had total engine failure.

The pilot, Trevor Schultz, 28, of Lebanon, spotted Marion Lake and was able to glide down and safely land on the water, according to investigators.

For video and the complete story by Paul Craig of KPTV-TV, click here.