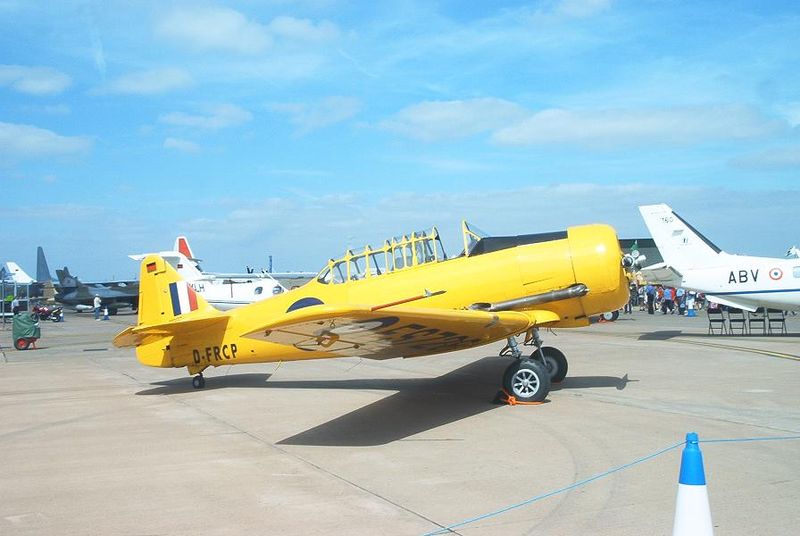 David Martin learned to fly in the mid-1960s as a member of the South African Air Force, and one of the first planes he guided was a Harvard. Built by North American, Harvards were legendary ­training planes, and decades later the so-called “yellow birds” still awe Martin, 64.

He still flies them as a member of the Canadian Harvard Aircraft Association formation team, and he still sees beauty in the way they move. But the planes also frighten Martin once in a while, especially when he’s trying to coax one into the air or touch one down on a landing strip.

“You have to be very careful on the runway,” Martin said. “They can give you a little bit of a jump on the runway, a bit of a scare.” That’s because landing a Harvard involves touching down with two wheels that sit under the wings and then setting down another wheel under the tail.

“The big danger is if we swing out of control before the tail wheel gets down,” Martin said. “Otherwise they’re beautiful airplanes, beautiful to fly.”

Harvards are set to appear this weekend at the Great Lakes International Airshow that organizers hope will draw more than 20,000 people to the St. Thomas (Ontario) Municipal Airport in Canada.