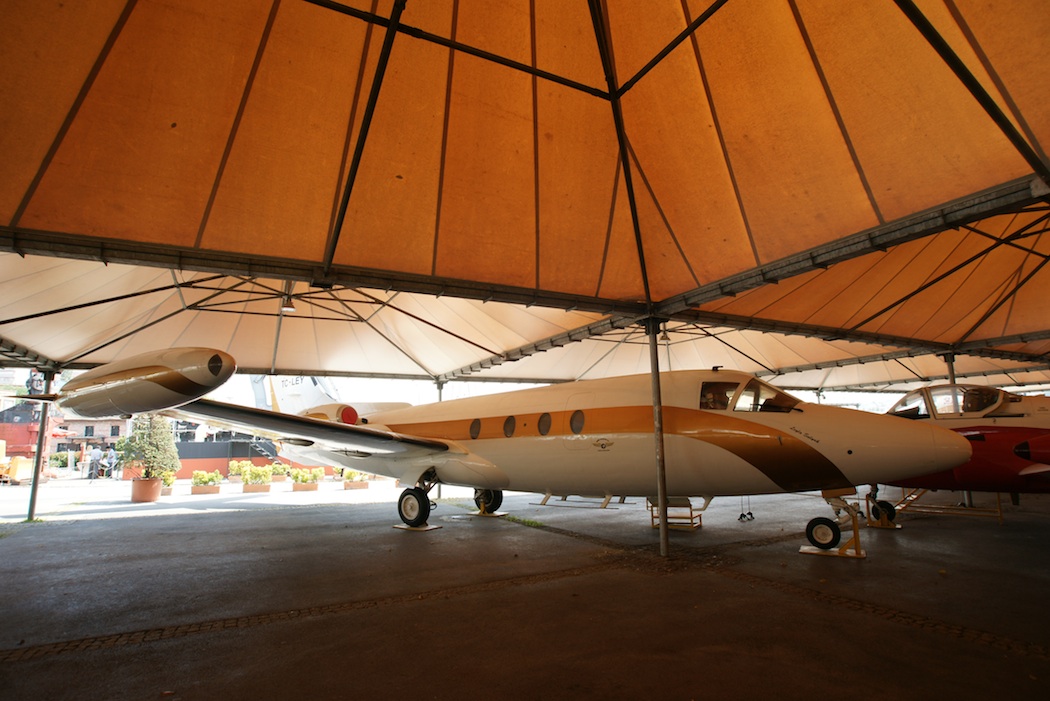 The Rahmi M. Koç Müzesi, an open-to-the-public, but private museum of Turkey, is fully devoted to transports, industry and scientific instruments. Located in Istanbul, it is situated next to the waters of the Golden Horn, and has recently added a HFB-320 Hansa Jet manufactured in Germany (#1043) to its collection. Donated by Genel Havacilik (the Turkish General Aviation Center), this plane has joined the outdoor collection of the museum. The Hansa Jet, in mint condition and open to the public, is exhibited next to the salvaged B-24 Liberator Hadley’s Harem.

The Hansa, a unique corporate jet with forward swept wings, joins 10 other aircraft on display at the Koç Museum. These include a military C-47 Skytrain (later converted to DC-3 Dakota specification), a de Havilland Vampire FB Mk 6 (manufactured under license in 1952 by F. W. Emmen in Switzerland), a 1959 Hunting Jet Provost T3A), a Lockheed F-104 Starfighter, a Bellanca Citabria, a Beechcraft T-34A Mentor, a Dornier Do 28D-2 Skyservant (1973) and a Bell Cobra AH 1S helicopter. For additional info, go to rmk-museum.org.tr