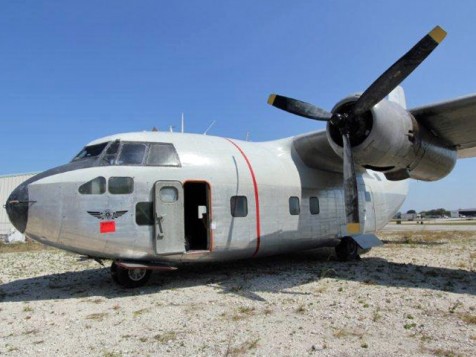 Out of the 300-plus C-123s that were built in Hagerstown, there are only a handful that are still flying, and this is one of them. Hagerstown Aviation Museum President John Seburn discovered this particular C-123 plane’s existence after stumbling across a listing on the internet.

“About a year ago we found it advertised on the U.S. Treasury Department website, offering a seized aircraft for sale. The museum made an offer, we ended up getting the airplane and now we’re ready to bring it back home to Hagerstown,” Seburn said. The C-123 models were built at the now non-operational Fairchild Aircraft factory, and were essential during the Vietnam War in delivering troops and hauling cargo.

For video and the complete story by WHAG-TV, click here.