The Grumman F3F was the last American biplane fighter aircraft developed for the United States Navy (actually, the last biplane fighter delivered to any American military air service), and it served between the wars. Designed as an improvement on the single-seat F2F, it entered service in 1936 and was retired from front line squadrons at the end of 1941 preventing it from serving in World War II. The F3F which inherited the Leroy Grumman-designed retractable main landing gear configuration first used on the Grumman FF served as the basis for a biplane design ultimately developed into the much more successful F4F Wildcat.
The flight shot shown here is the two-place Grumman G-32A. The G-32 and G-32A aircraft were used by the U.S. Army Air Force as ferry-pilot trainers, under the designation UC-103/UC-103A.
A civilian aerobatic two-seat variant, the G-22A “Gulfhawk II,” was constructed in 1936 and flown by retired Major Alfred “Al” Williams, head of Gulf Oil’s aviation department. 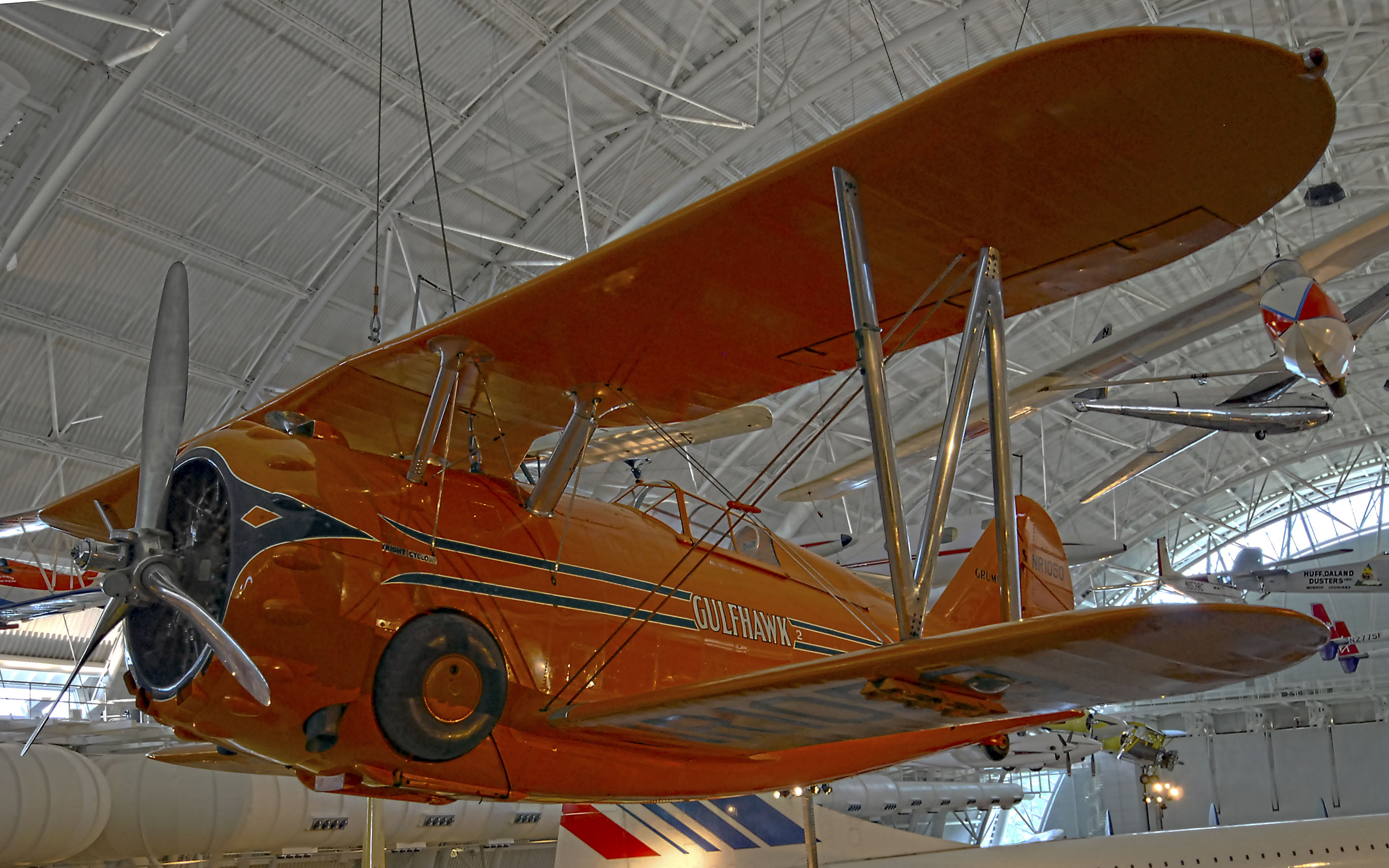 This aircraft is now on display at the National Air and Space Museum’s Steven F. Udvar-Hazy Center.